Pieter3dnow said:
Some spoilers in here for pouch items

For whatever reason I con't seem to find the mini map assigned button It was in the tutorial but blew by it it seems anyone knows what it is ?
Click to expand...

Everyone that picked this up enjoying this? Thinking about picking it up today. I've been watching some gameplay videos and it looks pretty good.
D

GOD'SlittleSERVANT said:
Everyone that picked this up enjoying this? Thinking about picking it up today. I've been watching some gameplay videos and it looks pretty good.
Click to expand...

Yep. It's pretty good. The crazy resolution drops are pretty noticeable in handheld mode, but that's about the only complaint I have so far.

Yeah the gameplay is great what bothers me sometimes is that the game slows down after hours of playing. I once went to the background to check something on the news button played a video after returning to the game the framerate went to shit.
Had one freeze but I was playing for hours and luckily I saved before it happened.

Another source for some spoilers about deeds

All I have to say is that you need to use those "useless" blades with salvaging preferably with more then 1 rank. Make sure you run them on Nia as well , gets you way more goodies
Last edited: Dec 10, 2017

New spreadsheet for deeds. Seems to be more on it then the previous link .

Man, I'm super digging this game but holy shit, it's complicating as hell at first. Maybe I'm just dumb or I'm not used to jrpg's, but holy crap... so much to learn!

I keep getting my ass handed to me, too. I found out to progress farther in the main story first, then do side quests.

actually jrpgs used to be much simpler compared to western rpgs, so I think they saw what we were doing in our MMOs here and tried to amplify it by 10... unnecessarily complex imo, but you'll get used to it, after about 100 hours

I've liked both chronicles X and this game quite a bit although I prefer X a bit more. While the story/characters in X was fairly lacking the gameplay features were quite extensive and beyond what 2 offers.

Both games have an older western type MMO feel/quality to them that I actually really enjoy - X did this better because you'd actually see other players around you at the warp points and could invite people to your party if you wanted.

The music in X was better as well, and generally I find that X somehow had more stunning graphics compared to 2. While 2 'technically' looks better due to the higher end hardware, X was just better built from a design perspective IMO.

A few gripes I have with this game that NEED to be fixed because the reasoning just doesn't make any sense:

- Why the shit can I not view the tutorial messages again? This is just stupid, and I shouldn't have to 'buy' pamphlets from shops to remember how to do basic things in the game. This is an easy addition/sub-menu.

- The stupid map. Again, X did this better. You had the map on your gamepad and/or hit a single button and the full map would show. In this game you have to hit the start button, select warp, select the area you are in, and then finally you can view a real map. FFS just let me hit the select button on the controller to let me see the current map i'm on.

I really enjoy this game otherwise - But it really is mind boggling why so many features feel like a step backwards from X.

You can see in this video what I mean about the environments. While technically inferior to 2 the overall design looks way better in X, not to mention the music is better. The very fact that the title menu for X is built to show off the game tells me that the designers put a lot more work into it and were proud of it.. And they should be.

There is a lot going on some of the things seem trivial in this game but can end up making a huge difference .

When you leveled those useless blades you get the item: weaponry for n00bs and I was thinking what is that So I left them alone never bothered with them until I had 15 or so then I found out they can be used in the weapon skill boosting for 1k a pop max out some of the sword skills to L5. It took me a while to notice the bottom text on the screen saying X for adding the extra points.

Finally getting used to the combat and starting to do some good damage. The whole cancel auto attack thing I had no clue about until I read up on combat. Now I'm owning fools.

New update coming for the game next week:

We will further improve the convenience of the mini map as we add more quests and additional elements for second playthroughs next year for all players (not just those who purchased the Expansion Pass!) We appreciate your continued patience.

This is a spreadsheet which contains a lot of spoiler information

Most if not all Lvl 99+ Superbosses for Post-Game

Most if not all UMs from Temperantia and onward.

And this is something which might not be known but a clever way to farm rare and common core crystals....

Pieter3dnow said:
New update coming for the game next week:

Darn, I was hoping their first patch would improve performance of the game during tabletop mode.

Derangel said:
Darn, I was hoping their first patch would improve performance of the game during tabletop mode.
Click to expand...

Even if they scaled back the resolution to 480P the engine will bog down enough the way it handles information is the problem (buildings and npc such that it slows down ). Have you tried playing in airplane mode ?

Pieter3dnow said:
New update coming for the game next week:

Still not good enough IMO for the map. It really is mind boggling why I can't just hit the left stick in and/or hit the - button to bring up the full map that is shown in the skip menu. I shouldn't have to dig through the menus and select what map I want to see a legit map.


The person that made the gold chip video has some other stuff that can be of some use as well https://www.youtube.com/channel/UClddn_sscROqcR9WEyqoLbw
Last edited: Dec 22, 2017

Wanted to share some Tora/Poppi vids this little fella is pretty versatile now that you can farm easy tiger tiger , might be nice The 1st link is a showdown of it being a self healing tank..

The last one is where Tora solo the artifice Ophion in less then 3 minutes:

Different builds but pretty much what people can do with Tora is quite good and most people tend ditch Tora as soon as they can for Morag ...

I appreciate that we can hit the 'X' button now and the full map comes straight up..

Handy collection of what to do where to go and what gear you are looking for when doing end game content including a new look at the luck boosting gear which seems that you can use different chips for other then bitball Blades.

Just picked this up last night, and I enjoyed what I played (about 2 hrs). Anyone have any tips or know anything I should read up on just starting out?

bpizzle1 said:
Just picked this up last night, and I enjoyed what I played (about 2 hrs). Anyone have any tips or know anything I should read up on just starting out?
Click to expand...

Throughout the game you can gain core crystals you get better versions of it rare and legendary in latter parts, don't be worried to use them.
Getting your mercenary level up through the missions is pretty good job for those cores even if there not rare blades you get plenty of them and doing them raises the amount of cores you can summon..

"Advanced New Game Mode" is coming in the middle of February with 1.3.0 update!
Z

I actually was going to consider this game after so many people talking about it... until I saw this...

Today’s patch is highlighted by the addition of New Quests Pack 2. These quests can be taken on after completing the update:

zamardii12 said:
I actually was going to consider this game after so many people talking about it... until I saw this... 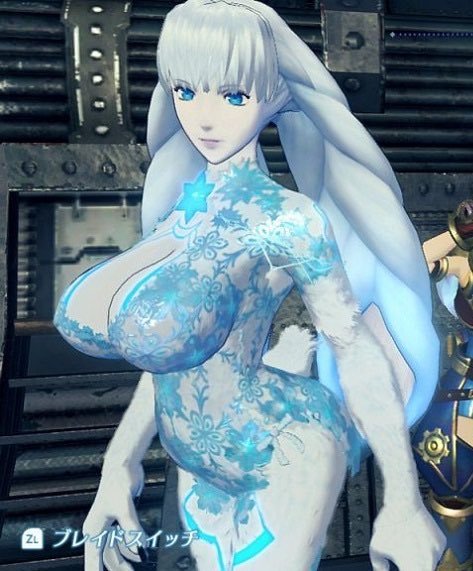 Sooooooo, you're not getting it because of cartoon boobs?

Today some news for April 27th patch 1.4 with 2 blades

Any one still not finished with new game plus ?

This might come in handy for the free blade (T-elos) a guide on completing the hardest part:

A speculative piece on what is next for Xenoblade Chronicles 2 and a review of the 1.4 patch.

Fun build with Zeke and Sheba:

An interview with the born British from American parents Skye Bennett the voice of Pyra and Mythra.

Seems were getting : Torna the golden country

Pieter3dnow said:
Seems were getting : Torna the golden country
Click to expand...

I've been waiting for the last of the season pass stuff to drop before I replay the game. Guess I'll be waiting till Sept. 14th, heh.