Why is my computer crashing when I use Excel, is it hardware or software?

I have these giant spreadsheets I have to work with at work, they are 80,000 lines with several merged columns (that's 80k mergers per colmn) so any time I try to open them on my work laptop they crash my laptop. So I went on my home computer which has the specs listed in my sig and tried to merge across 100,000 rows in 5 column increments; as in 5 columns with merged across followed by 2 regular columns followed by another 5 merged across repeated 5 times and for 100,000 rows. The second I clicked the merge button once having highlighted the 100,000 rows my desktop just froze and stayed frozen for a good 5 minutes before I restarted it. I even tried having excel on real time priority and it didn't help.

Normally, when I encounter slowdowns or freezing I look to the hardware but I've noticed that the CPU usage is actually staying below 50% on my laptop and around 15% on my desktop, both have SSDs, 8 GB RAM on laptop and 16 gb on desktop. Both running Win 7. If it's not a question of hardware what exactly is causing these slow downs? 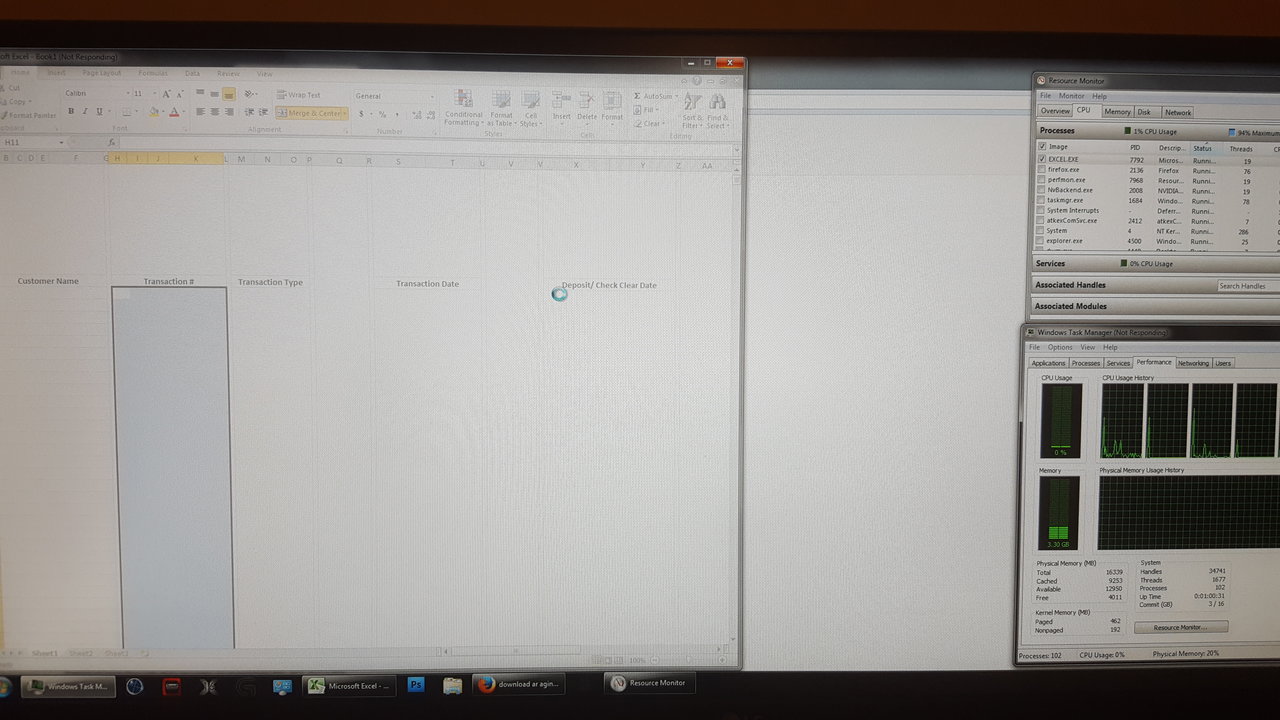 So no problems in Event Viewer/logs? I always check that first, only takes a minute.

which version? have you tried any on this?
https://support.microsoft.com/en-ca...crashing-and-not-responding-issues-with-excel
S

If you are working with large data sets you should be running 64-bit MS Office.

That looks like excel 2010. I remember there were a few major under the hood upgrades for 2013 because when a friend of mine made the upgrade, there were no longer problems with handling more than a certain number of cell formats at once (the limit of unique formats per document was raised). Starting with 2013, you can also open up more than one instance of Excel without a workaround.
You must log in or register to reply here.
Share:
Reddit Pinterest Tumblr WhatsApp Email Share Link
Top