When was the last time you physically installed a game?

Like, actually putting a CD/DVD into the drive and install it? Honestly, the last time I remember doing it was years ago, Quake IV!
P

Ironically I just recently reinstalled Quake IV to try and get the high quality texture pack working. Everything I tried that I could actually download texture wise did not really work and I think Quake 2/3 look much better.

I got a hard copy of Dragon Age: Inquisition about 2 years ago. It was on sale for $10 cheaper than the digital copy. Total waste of time, it installed like 1GB from the disc, then required 20GB or more of download to start the game.
C

about 3 years ago when I was putting a couple of older games on my laptop, Blacksite Area51 and Age of Empires.
I had to find a no CD crack for them as I had no desire to keep the disc in the drive to play the game.

this was the latest physical copy of a game I bought, note what it says on the box, 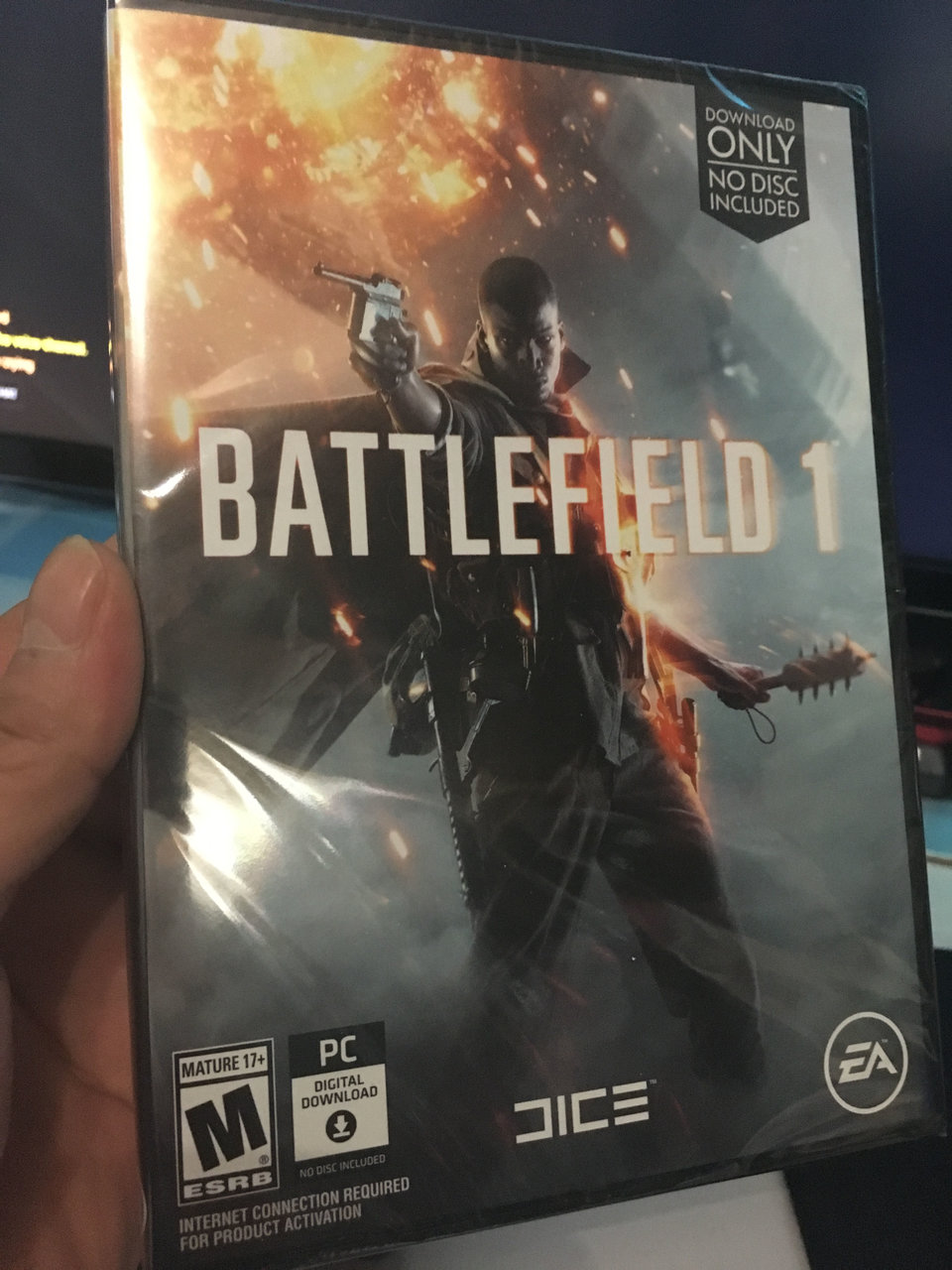 The Witcher a few years back. It didn't include the CD key in its box, so I had to contact Atari (iirc) to issue me a key.

Not counting console releases, I think the last physical PC game I installed was Neverwinter Nights 2. It was probably 3'ish years ago. I wanted to see what they did with the zillions of patches they kept releasing. After playing Dragon Age, it felt incredibly clumsy, BUT you could see that they at least tried to add some of DA's functionality after the fact.

I think the last PC game I purchased on a disk was John Woo's Stranglehold. It wasn't too bad, but you saw everything it had to offer in the first level.
O

When I installed Fallout 3, so late 2008. Last time I tried the DVD drive the computer didn't even recognize it.
S

I always order the CDs in hopes of saving some download time. Mass Effect Andromeda is going to take 14 hours to download once I get home. That's if we don't stream anything. If we do, and we will, it will be 20-24 hours. 55 GB @ 10 mbps or about 1.1 MBps.

January, I bought No One Lives Forever again. Couldn't find a digital copy online so I ordered the CD.
M

I must say I kinda miss having boxed games. I guess I'm old school but I enjoyed looking at all my PC game boxes I have accumulated.
L

VF31Tomcatters said:
January, I bought No One Lives Forever again. Couldn't find a digital copy online so I ordered the CD.
Click to expand...

Oh, you're gonna be pissed.

Thanks, I was going to say I still had the NOLF 2 disks and was wondering if I could get it to work. This just makes it easier.
C

A couple of old local games.

However, it was "semi-physical", as in I installed them from a CD-Image which came directly from the discs. I made digital backups of them as soon as I bought the discs, easier to find and maintain than physical discs.

Maybe a year or so?

Then proceeded to mod the heck out of it.
P

Motley said:
I must say I kinda miss having boxed games. I guess I'm old school but I enjoyed looking at all my PC game boxes I have accumulated.
Click to expand...

A few months ago I tried to reinstall SupCom:FA fresh from DVD but it kept crashing when I tried to run it. Bummer, one of my favorite games ever.

2 - 3 weeks ago. Installed Unreal and Quake2 on my Win98/Voodoo retro gaming rig.
R

Crysis 1 was my last, wish I had a digital copy but at least it will install and run for me on Windows 10.
S

i have no idea

I saved every box I ever got and when I left home my mom threw out 90% of them. I had boxes back to the original c&c. I was super pissed
U

I think Q3A or maybe Team Arena. Everything after that has been some sort of digital distribution for me.
V

On my PS4, I find cheap snib games all the time. I will be installing Mass Effect Andromeda tonight.

Thanks for the link.

On the PC is was WoW Wrath of the Lich King expansion, I think the DVD is still buried on my desk someplace.

On console, I still use discs all the time.

A toss up between Freelancer or Starcraft 2.
S

Probably like 2010ish for World of Warcraft, or a year or so later for Soldier of Fortune 2.

Last week, I installed Hidden and Dangerous 2. Was going to buy it on gog.com but decided to install the physical version I already paid for.

2004 I think is when I stopped buying cd/dvd readers and decided to use USB sticks. This is also when I got 10mbit internet and used to pirate games. Now I buy all my games.
I recently bought PS4 Pro but I'm still downloading games from the store.

GTAV I'll never get that 5 hours of my life back.
K

This is PC forum, no consoles please, they don't count...
T

Zepher said:
this was the latest physical copy of a game I bought, note what it says on the box
Click to expand...

I bought a "physical" copy of Fallout 4 which was the same thing.
Whoever does this needs to be lined up in front of a firing squad. It ain't right I tell ya!

jaguax said:
I bought a "physical" copy of Fallout 4 which was the same thing.
Whoever does this needs to be lined up in front of a firing squad. It ain't right I tell ya!
Click to expand...

the only reason I bought this version was that Amazon Prime gives a 20% Pre-Order discount on Physical Copies of games, so it was cheaper than the regular digital, even though this is a digital copy in a physical box, lol.

I have yet to really play it, been playing mainly Overwatch.
T

Only games I would be absolutely adamant about purchasing digital, would be large RPG (Witcher 3), or redundant fun games (Diablo 3), that I can just pick and play, and then go back to the main game I was on.
You must log in or register to reply here.
Share:
Reddit Pinterest Tumblr WhatsApp Email Share Link
Top