What do do with slow hardware?

Do you have old and slow hardware you're not sure what to do with? Old laptops just collecting dust? Old work stations not getting any love...

Toss them on GoofyxGrid NCI. These tasks are extremely low CPU usage and nearly any CPU can gain some decent points with them if ran with multiple clients. For example; I have an old Core 2 Duo laptop running 250 BOINC instances that's generating around 180k PPD...

This is what our goal should be and it shouldn't be too hard to get it if we work as a team.

I run multiple instances on ALL of my rigs, even the ones I am trying to compete in Formula-BOINC with. They us so little CPU you can't even tell they're running. (Well, except when you first fire up all the instances and it does CPU benchmarks, it kinda kills my systems for a few minutes, but levels off right after)

Right now I am, well fuck, okay before I was doing around 1.2M PPD on my systems. Think a few crashed as I'm currently sitting at 400k; anyway. We are around 670,781,689 points from getting that 1B point milestone. OcUK is only 312,215,825 points away from claiming it. However, they seem to only have one guy crunching it right now and he is averaging around 2M PPD. At his pace he will reach it in 157 days give or take.

We will need to average 4.3M PPD to get there just before they do. Right now the team is sitting at 3.3M points for the day. We can easily get above 4M PPD. Just ask auntjemima how well he's doing with a couple old ass laptops.

Also, we should be a good bit over 3.3M points because I'm about ~500k points shy as of the latest update.

We can easily do this. In fact, I just bought another ~$100 cheap C2D laptop from eBay which should be here Friday for another ~180k PPD increase.

Not just slow hardware but also can run these tasks on Android devices. Multiple clients may not be an option but you can easily run these without worry of it over heating your battery.

When the WOW event starts I'll have another 5 systems running GxG as well. Not entirely sure how to run 250 instances on my Linux boxes though.
D

Why can't you run GxG on those systems now? 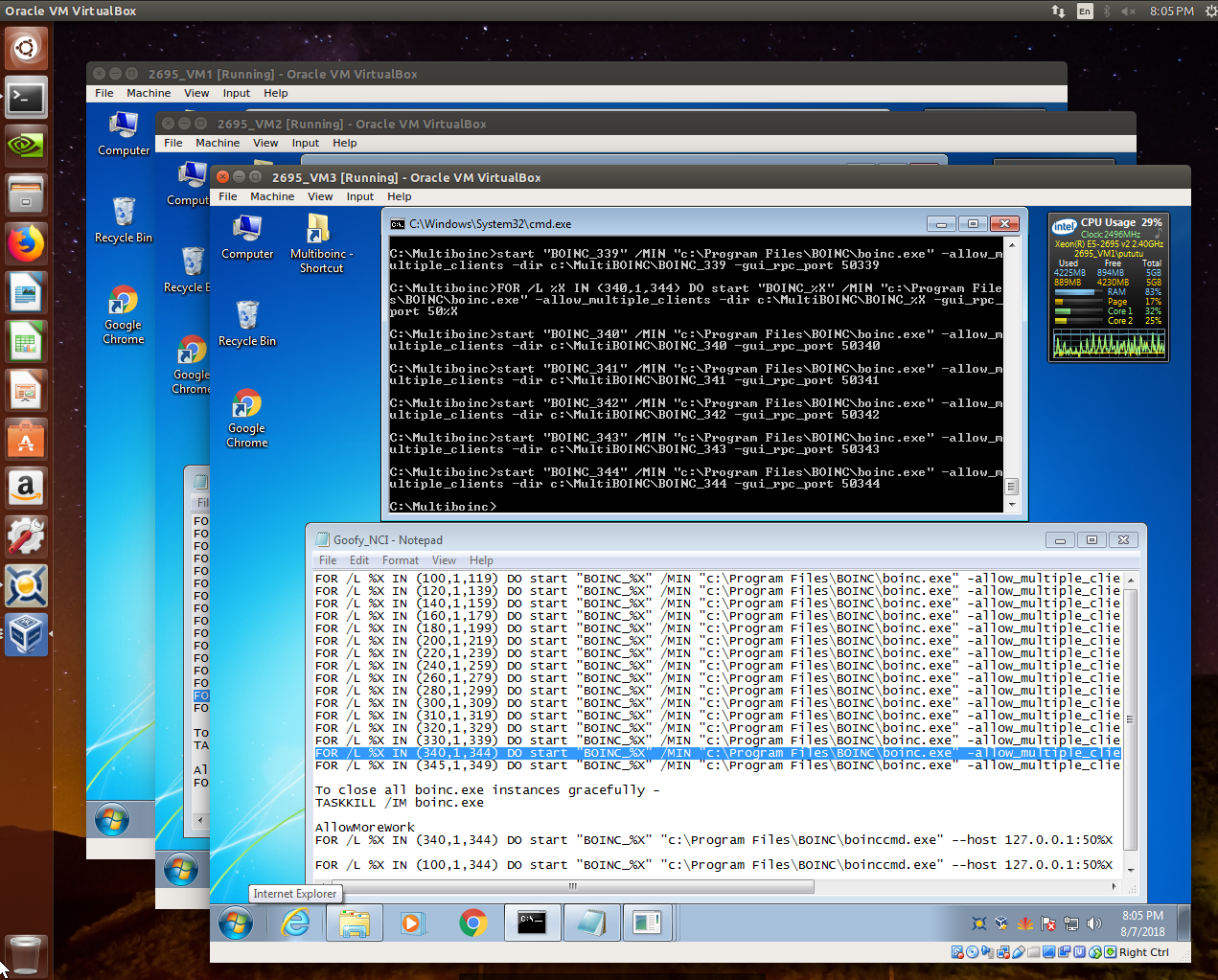 Just how much bandwidth do these things use?

Probably not that scientific, I look at one of the Windows VBs (should have run all three VBs and take the average) and monitor for 15 mins (should have done one hr for accuracy) and here is what I get. 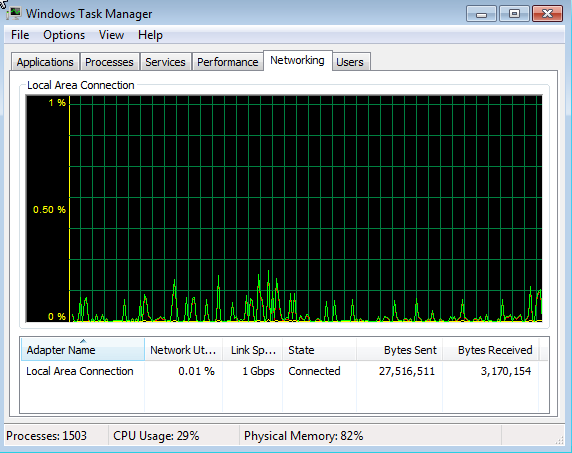 For each VB on average, about 2.5GB of data is being sent daily. So if you have 10 VBs, that will be 25GB. I notice this slows down my streaming but still bearable, at least with 5 VBs running. I don't have superfast internet but good for HD streaming and I don't have any cap on data plan, yet.

Skillz said:
Why can't you run GxG on those systems now?
Click to expand...

I would have to reenable network activity to add the project. But I'm bunkering for SETI.

Skillz you may also want to point out that you should stagger your startup if using old or less capable hardware. For example, I have a laptop or two that really cannot handle more than 100 clients because the hard drive just cannot keep up. During startup you will see a ton of disk usage. Even after, you can see some heavy use going on.

I would also suggest not running them on the same drive as your OS nor your virtual memory allocated drive as you will certainly tax the system's performance if you do. I have one host that runs them out of a Ramdrive. I have been tempted to just run them off of a USB thumb drive on my old laptops since they still have spinner drives.
D

auntjemima said:
I would have to reenable network activity to add the project. But I'm bunkering for SETI.
Click to expand...

Use a windows hosts file method to block SETI only. Or block it from yoyr router.

Skillz said:
Use a windows hosts file method to block SETI only. Or block it from yoyr router.
Click to expand...

Meh, like a week of bunkering left anyway. AND GxG isn't on FB, so meh.