Tencent Grabs Up Path of Exile

If you are a Path of Exile fan, you will either love this news or hate this news. Indie developers, Grinding Gear Games, that started in a garage in New Zealand, has sold up to 80% of its shares to it Chinese publisher. The devs are quoted below about this and you can see their other comments at this page. It is a damn good looking game for sure! Thanks cageymaru.

Check out the video.


Tencent has Invested in Grinding Gear Games - Our Chinese publisher, Tencent, has acquired a majority stake in Grinding Gear Games. We will remain an independent company and there won't be any big changes to how we operate. We want to reassure the community that this will not affect the development and operations of Path of Exile, so we have prepared answers to some questions you may have about this investment.
C

I think in a few years we'll look back on this acquisition and give it a solid "Feels Bad Man" rating.

Tencent's track record speaks for itself.

That said, can't blame the GGG founders for cashing out, they built a solid product with a dedicated community using a low-impact monetization scheme, they could pay the bills and then some, but they were never going to get rich with that model.
A

Played this for a while last year and maybe the year before. My friends and I did put a few bucks in, primarily for more inventory space as that's always something you're lacking. We stopped playing as we worked our way around the endgame maps, never got past tier 6 I think before we just kind of stopped being interested. It was fun for a while, lots of options for trying different builds and play styles, however you really do need to plan ahead or use a guide because respeccing, while possible, can be very expensive. I'm guessing a lot more of the game will be monetized now beyond the cosmetic and qol upgrades it has now.
T

Hum, time will tell I guess =/

The performance left a bunch to be desired for many people. IMO (my experience) the prioritization of as many fancy graphical effects (especially when multi person party, or in Labyrinth)
came at the cost of pretty nasty frame drops/freeze/stutter etc.

I know some people seemed to never have an issue, or they did but chose to use characters whose special abilities would royally fk with other players enjoyment (i.e wizard spells loading entire screen with constant effects)

Not sure if "selling out" was their best move, but "it's just business" as the saying goes, am sure the $$$$$$$$ was a nice chunk of change, and knowing how much they really have not optimized the game for quite awhile, will very much be business as usual that is "do little, continue to make $$$$$$$ and you want to pay us millions for being the owner? HELL YEH"

who knows, maybe tencent "helps" to make the optimizations that folks have wanted for a long time but GGG could not figure it out or could not be bothered to do so.

The "fan base" IMO was often quite toxic that they would not help you try to figure problems out, they would either not say anything or pull a "upgrade your system or STFU nothing wrong with this game, it is YOU that is the problem" LOL..
D

We will remain an independent company and there won't be any big changes to how we operate
Click to expand...

Until that 80% share holder pulls the chain and you start operating differently.
C

dragonstongue said:
The performance left a bunch to be desired for many people. IMO (my experience) the prioritization of as many fancy graphical effects (especially when multi person party, or in Labyrinth)
came at the cost of pretty nasty frame drops/freeze/stutter etc.
Click to expand...

That said, PoE is mostly a single player game for me, I only group to do master rotations early in a league.
S

I've wanted to get into this for a while but it's a bit overwhelming. I think i tried watching a "what you need to know to play POE in 2017" back in October and it was like a 45 minute video.

DarkStryke said:
Until that 80% share holder pulls the chain and you start operating differently.
Click to expand...

So far they haven't really changed RIOT. Believe it or not, there are some companies that are smart enough to let the subsidiary keep doing what they're doing. Berkshire Hathaway is well known for being completely hands off with the sub's. Sounds like Tencent is following the model. Also, I think in an interview the dev specifically said "tencent is hands off for everything outside of China" so unless you live in China you're unlikely to see changes and even people in China might benefit if there are cultural differences the Tencent guys understand better.
O

its similar to d2 but it is much more mindless, trading is 20 yeras out of date, the story is forgettable and you cant reroll easily. it is dedicated to grinding players that play 16+ hours a day which is often a thing in korea/china... so it makes sense why they were bought out.
A

oROEchimaru said:
its similar to d2 but it is much more mindless, trading is 20 yeras out of date, the story is forgettable and you cant reroll easily. it is dedicated to grinding players that play 16+ hours a day which is often a thing in korea/china... so it makes sense why they were bought out.
Click to expand...

no way man. the only part of your post you got right is the part I underlined - and even that is a rudimentary parallel. There's so much more to every aspect of Path of Exile.

Path of Exile is what Diablo 3 should have been. It's top five games of all time for me. It's not grindy whatsoever in the first play through or three --- there's an absolutely amazing amount of content in the game. I haven' played regularly in a year now or so - but I played it pretty regularly for 2 years at least. I had a level 88 hardcore char which was my best effort. Mindless is NOT the right word -- there's an incredible amount of strategy in building up your character tree and matching skill gems and getting the appropriate loot to be able to play end game content. Mindless is appropriate for a games' skill tree that looks like this: 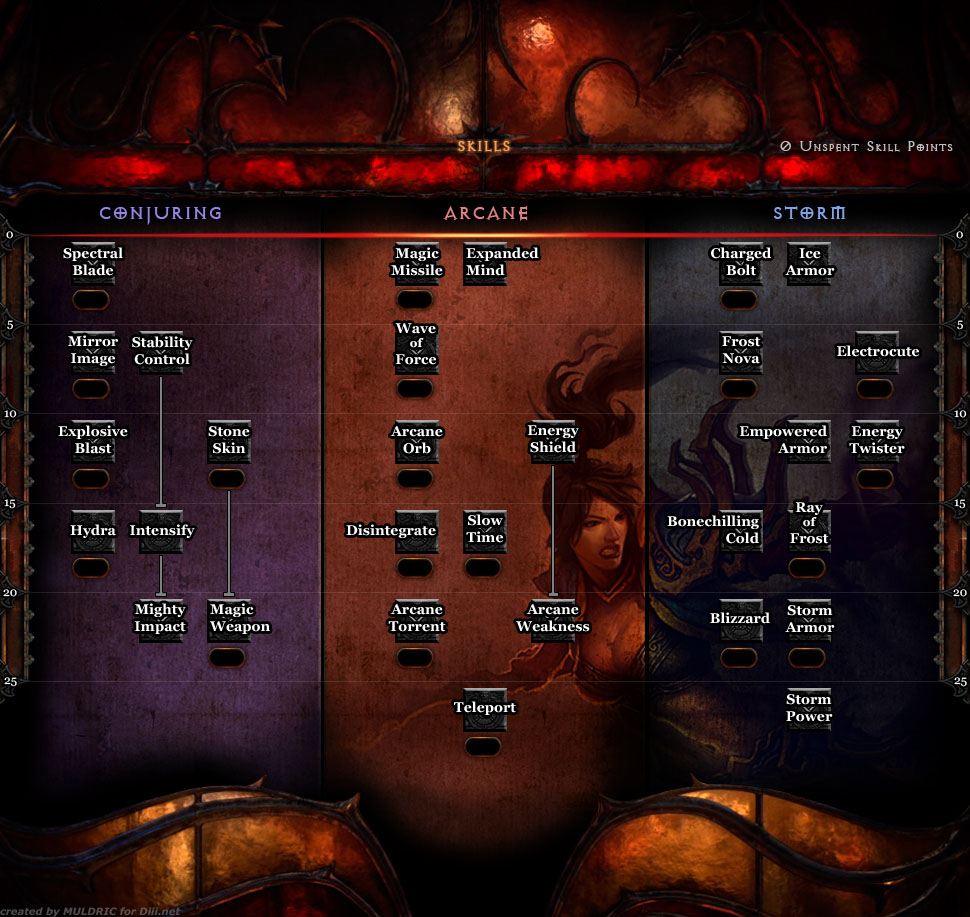 This, by contrast, is not mindless: 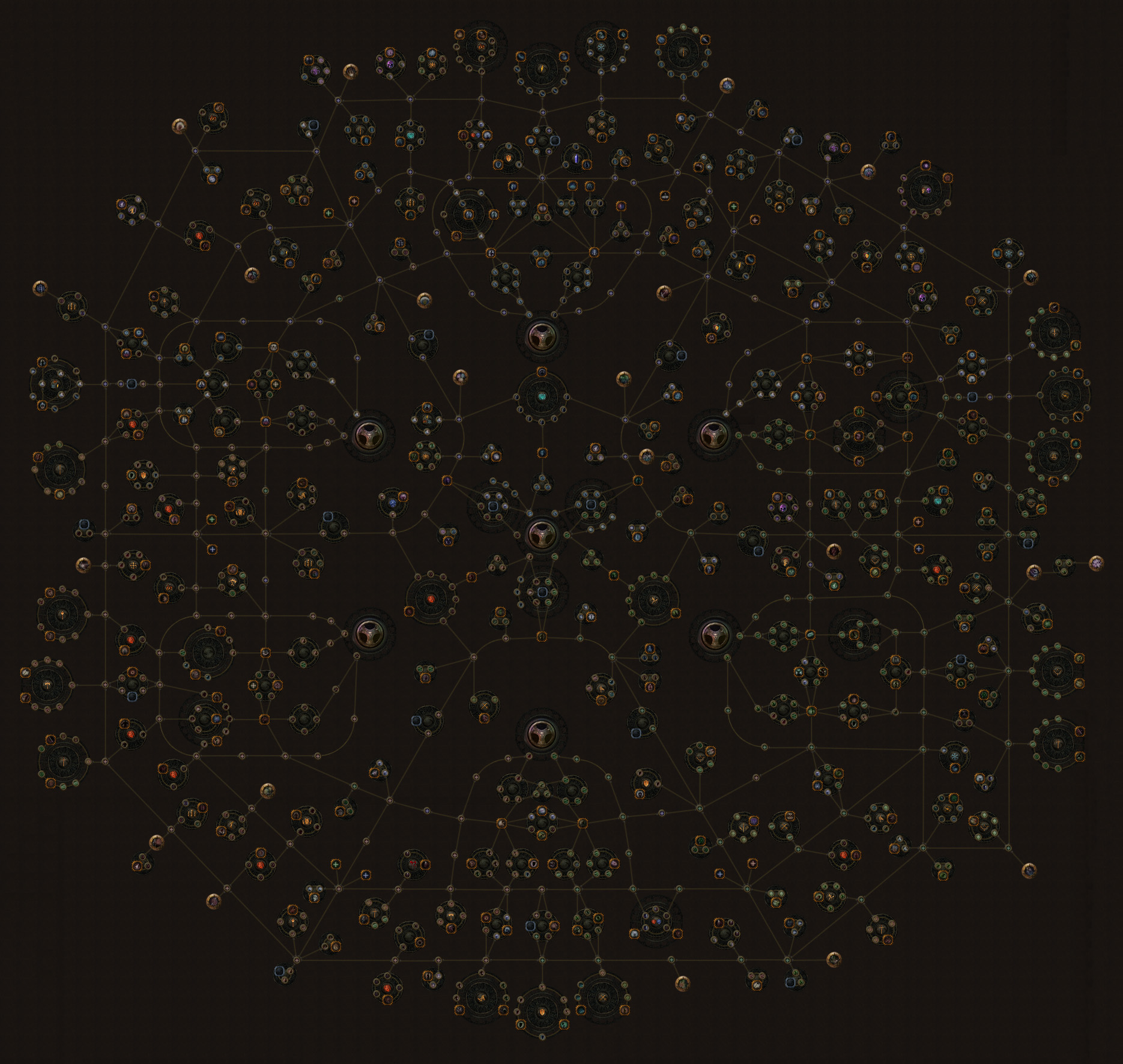 Not to mention Path of Exile has all the Gem interactions which is as diversified as the skill tree itself.
https://pathofexile.gamepedia.com/Interactions_of_Support_Gems


I played an hour or two a day. There's no keeping up with the jonses - or need to play 16 hours a day. You can do the entire thing single player if you want. That's on you if you felt that way or played that way to make it grindy. I'd rate it as the best Action RPG - no question!!!, followed by Diablo 2, followed by Titan Quest.
Last edited: May 21, 2018
A

Seventyfive said:
I've wanted to get into this for a while but it's a bit overwhelming. I think i tried watching a "what you need to know to play POE in 2017" back in October and it was like a 45 minute video.
Click to expand...

They have a great way of introducing the game to you naturally, as you progress level by level. It will probably feel less overwhelming to you if you just try it. And I highly recommend that you do. It's such a fantastic game. Even though I don't play anymore - I dislike this news because the devs for the game have been SOOOOOOOOOOOOO incredibly active constantly releasing new content, new levels, new maps, new leagues, new uniques, new skills, new monsters, new everything. It's just never stopped -- and it's all (historically) free! They only charge for cosmetic and inventory upgrades - neither of which you need, whatsoever for a single, or even multiple playthroughs. I ended up buying some supporter packs just to throw my hand in (to the tune of ~$100 bucks) because I felt the devs deserved every penny of it. I love that business model and it has served them well. If you play long enough you'll probably want to buy inventory/stash expansion slots to keep your various uniques. They are inexpensive. You may want more than 20 characters or whatever it is that are free, and other than that it's all cosmetic upgrades or pets. (which are purely cosmetic too). Purely amazing how rich the game is with no forced game cost to players.
Y

I'm not worried. I love PoE, love the team behind it, and the pay model. Tencent has their hands in a bunch of companies. PoE does well, seemingly better and better financially, so this shouldn't change anything in the near future.
C

This may not be complete doom and gloom for people that love POA.

Tencent has some history of tailoring their games by country. If you look at their big home grown MOBA they tailored the overseas version removing a lot of Chinese characters and replacing them with DC heros like batman. lol There is a very good possibility that Tencent sees this investment as a way to take the POA game tech and build a new game on it for the Chinese market, I wouldn't be shocked to see a dungeon crawler very much like POA with heros from Chinese folklore... and ancient Chinese locals pop up on their Wegame service in the next year.

I don't think this is quite like say when Perfect world picked up Cryptic... turning Star Trek Online, and Neverwinter into F2P Lock box grinders.

Time will tell... I echo Chroak, can't blame the founders for cashing in. Hopefully they held out for a nice life changing offer.
A

Only time will tell about the impact this has on the direction of the game. To this point, GGG has improved PoE by insane leaps and bounds especially over the past couple of years: the 10-act leveling experience is really good + endgame mapping + 4 "leagues" a year with different themes...you won't run out of things to do or try. The current 3-week flaskback event is really showing how crazy the game can get when you start stacking Breach + Beyond + Abyss + Harbinger + Bestiary (etc.) all in the same game.

There's certainly no reason to stop playing the game, but I will say that I no longer feel inclined to purchase "supporter packs" for it. Sure, when we were supporting an indie developer to make the dream ARPG that no one else seemed interested in making I was more than happy to throw money at them in exchange for a themed MTX pack + points to spend in their store. But knowing there's some 800B Chinese megacorp owning the game, the MTX prices change from a necessary evil to support an indie game to utterly, insanely expensive. So far I've seen a lot of the same sentiment on Reddit and the official forums so I guess it will be interesting to see how it plays out for GGG.

It's a very cool game, and I had a lot of fun with it, but it really demands a lot to keep up with the changes. I just don't play it enough to get anywhere before a league ends or before whatever I was working toward gets horribly nerfed.

Side note: The game's asset caching is horribly broken, very hard on SSDs, and needs a good rethink. Full ethereum nodes thrash less than this game. It's bizarre.