I dont own an RV but I might get one since im moving West of Savannah, GA in the deep sticks next month.

We want to get an RV so why the hell not.

We ordered ours it should be coming in a week or two. I like that it's not more than a month to month contract because the nearest starlink service is a bit of a drive away. However it includes lots of places where we hunt and fish etc so that will be sweet when the weather is very bad.
Last edited: May 23, 2022
T

Wade88 said:
We ordered ours it should be coming in a week or two. I like that it's not more than a month to month contract because the nearest starlink service is a bit of a drive away. However it includes lots of places where we hunt and fish etc so that will be sweet when the weather is very bad.
Click to expand...

As I have said I am moving to Savannah, GA way out here.... so I will definitely make use of it. I think all the cable internet runs stop before that far out.

Plus I wouldn't mind having an RV as well to hit up the mountains to the north in TN from time to time. We live in Atlanta and the whole area is not starlink which makes sense since its a broadband heavy metro and surrounding farm counties all have high speed as well. 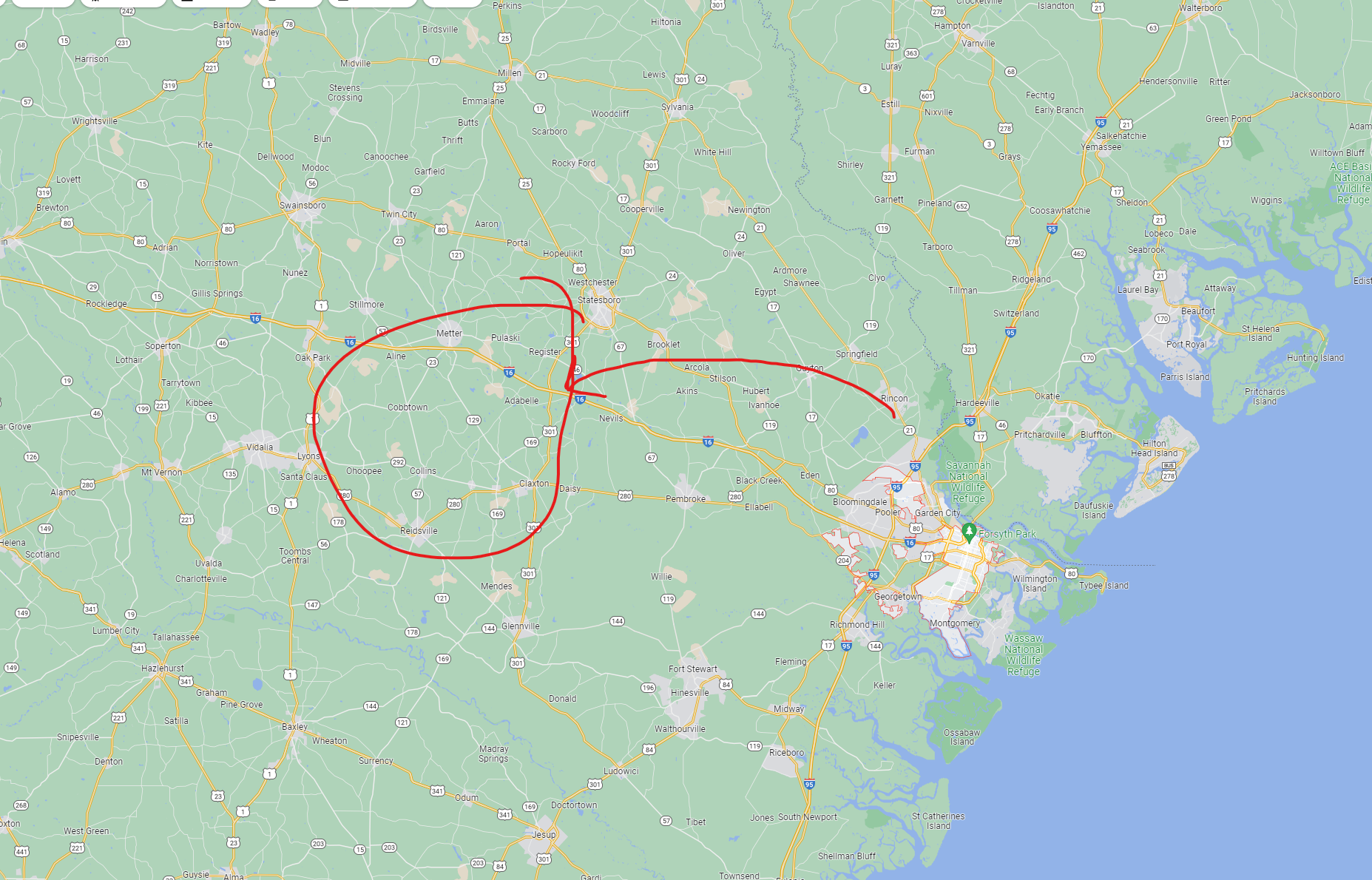 Aye, it's only on a patchwork of AR but they say in 2023 all of AR will be covered and that will make for sweet quaternary Internet at my house. I like the immunity this would have to wind and tornado damage especially if you didn't deploy it until afterwards and/or take it down when they issue watches. At deer and duck camp we have a tower, and on it is some ham repeaters and the WISP rig we use to get internet from another tower on a very large hill 3 and some change counties away. I am looking forward to comparing starlink to that because it's kind of expensive. Besides that guyed tower there is a 48 vdc winch on a trailer that makes a smaller 60' tower out of a 13'6" high same trailer when limbered. This could be mounted to it in a pinch. There's also a couple of 6x6s out there that are setup to tow that plus the 7k gvwr rv simultaneously if that were ever to be important, and if I ever get another one I might look at integrating the contents of that antenna trailer into it maybe with a 45' tower.
Last edited: May 24, 2022

This is good news for full time RV'ers for sure!!!

The last I had read, Starlink was still working on this system. I'm glad they got it up and running finally.

I think it's frigging sad that the price is $600 for the equipment and then it's $135 per month. The extra cost will be a big impact on many RV'ers for sure.

The pay-as-you-go is pretty handy though.
S

So what's fundamentally different between the "RV version" and the home version? Looking at the page it seems it's more geared towards a temporary service, and I'm guessing isn't useable while in transit?

Hmm, that's a good question.
Your guess is probably correct though.
M

Mobile usage is the real killer app for Starlink.
W

I think $135 is fair since there's many places where geography makes cellular service very challenging and some of those places are even hard for ham nerds. Even when we can work a signal that doesn't mean you're going to get but a few hundred bits per second sometimes. Starlink should work in most of the USA by the end of next year in any clear area, and since there's no contract you don't have to pay when you're not running it. Plus you don't measure their speeds in BPS instead it's in MbPS. That means I can probably leave a couple of my dogs in it for brief periods (with air conditioning) to watch things they like to watch (baseball, Dog TV, anything with animals in it) while we go grocery shopping or out to eat etc without them being so bored via lack of stimuli. Sometimes bored German Shepherds are destroyers of worlds. My favorite is when neglected ones dig up sprinkler systems in their shitty owners' backyards. We like to take them out to eat with us when the weather is good and the place offers outdoor dining but not every restaurant is cool with 80lb dogs and sometimes it's too hot or cold for us to be comfortable out there (especially my wife). There is one breakfast place in our town that is v. cool with large dogs and in the mornings during the week sometimes we go up there and the dogs eat biscuits and gravy with scrambled eggs plus a cup of various fruits per fluffy. They serve other meals too but they're too busy to have 3 or 4 German Shepherds eating on their patio. The trick is to arrive at 0655 or so and leave by 0745 when business starts to pick up.
Last edited: Jun 1, 2022
U

I think Starlink (residential) geo-locks your location after you set it up, I saw something on The YouTubes about this.......RV'ers and people who like to VanLife were complaining. Guess Tesla heard the call to help people spend their money
H

Buddy of mine just received his, when hes not on the road its setup at his house, he has used it in 3 locations so far with no issues
You must log in or register to reply here.
Share:
Reddit Pinterest Tumblr WhatsApp Email Share Link
Top