The Mad Atheist said:
Be interesting to see if it can be hacked like the NES/SNES mini.
Looking forward to the tear down to see what's inside.
Click to expand... 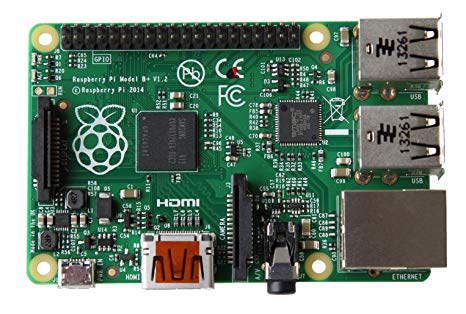 Not all of them. Wild Arms is still pretty solid, even if the fight animations are gimmicky/dated. The game is a solid JRPG.

Suikoden 1 and 2 are fantastic. MGS is still MGS and it's rock solid even to this day. Yes, I vastly prefer the PSX version over the GC remake. Mainly, because the remake didn't restructure the AI or the environment to take into account the new move set they added, thus broke their own game.

There's a lot of stuff about the PSX that is fantastic. I'm just curious what the whole platter is going to be. I still own the majority of the games that I'd want. So, it's not the most intriguing thing. Especially since HDMI connection is achieved through PS3/PS Vita TV.

How deep cut is it going to be? The thing about the Nintendo stuff is that it included rarities and hard to come by classics. Thus, the value was there. I'm trying to think of any rare game that would be included on the PSX Classic; as anything rare...is really, really niche.
Last edited: Sep 19, 2018
N

HeadRusch said:
I still have my original sized Playstation Classic..when we called it a Playstation...and then dropped shit bricks when we saw the glorious 20fps 3D polygonal games. Unfortunately in 2018 those are still 20fps polygonal games and there ain't nothing but fugly polygons on the PS1.

Earlier this year my kid played through the original 3 Spyro games on my PS1.
Because of that, my PS1 probably got more use than my Wii or Xbox 360 this year.
T

nutzo said:
Earlier this year my kid played through the original 3 Spyro games on my PS1.
Because of that, my PS1 probably got more use than my Wii or Xbox 360 this year.
Click to expand...

Those Spyro games are getting remastered.
N

twonunpackmule said:
Those Spyro games are getting remastered.
Click to expand...

That's what's caused them to want to go play the originals. 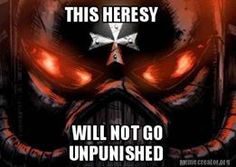 Armenius said:
Games varied in resolution up to 640x480, and most of them ran at 30 FPS with quite a few managing to reach 60. It just felt slower because motion blur wasn't a thing yet. It was a massive improvement over the 12-15 FPS of 3D games on the SNES.

Speak for yourself. PlayStation is still my favorite classic console after the Gamecube. My only problem with N64 is the controls were just not good in most games, but there are still classics on it that hold up to this day from a gameplay perspective.
Click to expand...

There's still a fair number of games that hold up. I never messed with consoles until recently (went from an Amiga to a PC) but I've been slowly wading though the entire PSX catalog using retropie on a raspberry pi and launchbox on the PC. In The Hunt, Einhander, R-Type Delta, R-Types, Raiden Project, are all pretty decent along with a bunch of Japanese shootemups I won't attempt to recall the names of from memory.

horskh said:
I'd rather they provide PS2 emulation for the PS4. I can already play my PS1 games on my PS3.
Click to expand...

I'd be happy if every PS was backwards-compatible. My problem with retro consoles is the amount of space they take up. There is only so much I can stack near my TV before it looks like a rummage sale.
K

My poor SNES classic is collecting dust. Got too many new games to play to go back to older ones.

This is cool but in reality, you're much better off with a Raspberry Pi or Emulator software such as Retroarch, the games will look ALOT better anyway. I love using Retroarch, my Playstation , Gamecube & N64 games have never looked better.

I already have this and more with my PS Vita. Seeing a PSX game I loved on a 60+ inch screen ruins my nostalgia. They really do shine on smaller screens.
C

Pre-ordered. Looking forwards to the complete list of games. If it sucks, I'll be one of the people selling it for $200;-)
2

jeverson74 said:
Will I have to play with the console turned upside down? You know, to keep the virtual disc from popping out when the door keeps opening. Just won't be the same otherwise.

Paul_Johnson said:
Awesome, can't wait to flip it upside down to play games!
Click to expand...

Am I the only one who never knew this was a thing? I never had this issue or even heard of someone else doing this until now.
V

M76 said:
Strange that it doesn't come with a power supply. If it had GT1-2 I'd actually bite.
Click to expand...

I wouldn't count on GT games coming out on it. The licensing will be too much of a headache/expansive from the car manufacturers.
T

I wonder where they got that idea from?
K

I'll pass. I'm happy with my fat back compatible PS3.
I

still have a soft spot for xenogears.
K

They’re on the iPad for the same price I’m pretty sure. I got both of them for my international flights with a decent controller.

I never had a PS1 so I'm a little curious. But I'm not down with paying gouging prices, so if it can't be gotten from Amazon or etc online then screw it, emulate it

Brings back clear memories of their ad campaigns:

The ones that tried to do complex 3D... yea... but ones that still hold up IMO:

Intelligent Cube
Alundra
Final Fantasy Tactics
Vagrant Story (it's a stretch, lol get it?, but still impressive cut scenes and things look okay once you get into gameplay)
almost any 2d fighting game
Last edited: Sep 20, 2018

I'll pass. I have a Vita and most of the PS1 games I want to play are on it.

JStamsek said:
Does it come with the bad load times for that nostalgia effect?
Click to expand...

aren't they just as bad today?

Some games. GTA IV has some bad initial loading times,but once you get going you’re good. The PS was constantly loading.