Obscure games that you loved

Fun fact: There was actually full dynamic visual damage implemented in the game, which was disabled at the manufacturer's request. But you could enable it by editing some files. It was a pretty advanced model for the time.

I went through a phase of buying all the $1.99-$5.00 bin games I could find years ago, no one I knew had even heard of half of them, the other half just sucked but I enjoyed them just the same.

Some of my favorites from the past omitting ones already mentioned:

Telengard
Space Taxi
Jumpan (and Jumpman Jr.)
Racing Destruction Set
Mail Order Monsters
Paradroid
Burnout: NHRA Drag Racing - originally got because it was one of the few titles besides Quake 2 and Tribes that took advantage of 3dfx back then...
I guess all of those are older than dirt so it stands to reason they'll be obscure...

Though already brought up I have to say that I also loved Motor City Online. Staying up late or getting up really early to scour the Auction House for some rare obscure part or chassis - and doing that for weeks to cobble together a nice engine or car. Dealing with all the drama of running a Club and racing in Turf Wars. Some really good times and some of the most fun I have had with people online.
W

Recently (over the past year), I've been playing Infra. Don't know how obscure it is. But it's equal parts frustrating and fun. Built on the Source engine, so it often has a half-life-y feel. Kind of an adventure / puzzle game. With some of the puzzles being very obscurely designed. I've often had to take weeks off from the game, simply due to frustration. But I really like the feel of the game's environment.

I've still got a Polaroid picture somewhere of when
I finished the game with the rank of Star Commander
Class I, the highest rank.

I loved 1NSANE when I discovered it. Had a lot of fun.
R

I don't know if I already mentioned this in another post but Train Valley is a ton of fun. I just found out that they have a second one out which is what I picked up for the weekend.
S

I loved this game for years.


The short story description is simulation/wargame of modern naval combat; with a focus on surface ship and anti-submarine warfare. My description is it's the North Atlantic campaign from the Tom Clancy novel Red Storm Rising. RSR actually had it's own computer game, a Sid Meier-designed submarine simulator. But Strike Fleet was my jam, replaying Dance of the Vampires at every opportunity.
I

Have fond memories of playing this free roaming driving game back in the day with friends. I remember re-skinning cars with ones from the original Fast and the Furious.. Good times.

I really liked Gender Wars when I was younger, and I've yet to know anyone who's played it. As puberty began setting in it seemed right up my alley. It and Blood beckoned me from the shelves (Blood won first, of course).

I haven't played it in 20 or so years, but I do recall the cinematics being funny (to my young mind), but I won't say anything further.

I think it was some kind of RTS, but no base building of the sort. Wasn't hard to pick up for me back then, and I was full on C&C mode in those days.

Motocross Madness 1 & 2 (PC)
Monster Truck Madness (PC)
Crash 'N' Burn (3DO)
Cyberia (3DO)
Way of the Warrior (3DO) <--actually, this one might have been popular
Flashback (Genesis)

When this was new, we ran it on all the "cool" machines at CompUSA to impress customers.

Spun Ducky said:
I loved this game for years.

Yes! I used to play the shit out of this game at a nickle arcade. Time Killers.....ENGAGE!

magnetik said:
speaking of obscure Genesis games.. I remember a game called Herzog Zwei that I had a lot of fun with. It was my first taste of realtime RTS.
Click to expand...

Veil of Darkess is another good one. Old DOS PC RPG. Really good music too.
Click to expand...

Picked this up at a flea market back in the day, great graphics, interesting story line. I totally didn't notice the mass of blood leading to the book case for like 20 minutes though >.<

kamxam said:
Found one of the first games I played once PC's got more mainstream:

I just bought a 3DO and The Horde while I was in Japan earlier this year, fun game
K

masquap said:
I just bought a 3DO and The Horde while I was in Japan earlier this year, fun game
Click to expand...

Have you played this one? Expensive for a SHMUP, but if you like them, and Darius in particular, this provides a TON of content. I still plan to buy an ultrawide monitor for it at some point, because, why not?

J3RK said:
Have you played this one? Expensive for a SHMUP, but if you like them, and Darius in particular, this provides a TON of content. I still plan to buy an ultrawide monitor for it at some point, because, why not?

Cool! Had no idea there was a new Darius game. Will check it out!
J

Krenum said:
Cool! Had no idea there was a new Darius game. Will check it out!
Click to expand...

It goes on sale for $30-something once in a while. It has so many different modes, variations, etc. though, that as long as you're into these games it's worth it. I think I paid $40. Many variations use similar assets, but every once in a while, you'll hit a path with something you've never seen before, and it makes it worthwhile.

Oh, while on the subject, if you've never seen the original version of Katakis for the C64, it might be worth grabbing an emulator and the D64 file. It's basically like if you mixed perfect portions of R-Type and Darius. It has both power-up styles (the bubbles from Darius, and the droid-shields from R-Type) has excellent Chris Huelsbeck music, and was among the most visually advanced C64 games (parallax scrolling etc.) Even being somewhat dated, it holds up well. If you don't have the inclination to play it, hit a long-play video at least, as it's a pretty cool chunk of history for this type of game.

Title should be "Old games that you loved" as almost none of these were obscure in their time... 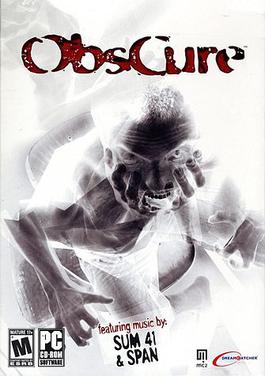 I didn't actually play it, so no love from me...

Way back in the day me and a buddy played Vietcong. It was pretty fun. A Vietnam based first person shooter that didn’t really go anywhere. Players were hard to see in the thick jungle so it made it exciting.

The best part was an exploit that allowed you to fly. Me and my buddy would name ourselves something like Superman and Peter Pan and fly around killing other players. They patched out the exploit but hot damn was that shit fun.
W

Reaperkk said:
I remember buying this game a while back thinking I'd check it out. Somehow 3 hours instantly disappeared. A really great game
Click to expand...

You guys should also check out Oxygen Not Included, one of my most-played games as of late and quite similar to Factorio in some ways. It's almost like a cross between Factorio and Rimworld.
Last edited: Jan 9, 2019
Y

I really enjoyed Pirates of the Burning Seas when it came out. Unfortunately, it lacked gameplay depth. Once you did a few port battles though, it got old fast. It was still a great MMO pirate game up to that point though.

I really liked PotBS. That game was a lot of fun but made drastic/clumsy changes to the game amidst big changes in the gaming industry in general (ie the shift from mostly pay per month subscriptions to a free to play with microtransactions type business model) which, IMO, doomed it.
K

I remember a game called "Fairy Tale Adventure" way back when that i got interested in for awhile. Think it was about 3 brothers but i'm not sure. Thought it was fun though. Liked the Cinemaware titles although they weren't rare at the time. I also played a game called "Earth orbit station" i think on the Commodore 64 that was fun.
E

NoOther said:
Hmm, not sure how popular these were but a few:

Oh man I loved the outpost games...I would love for a sequel with upgraded graphics.

StarFlight was a great game too.
Buck Rogers

I cant remember the name of it but there was a Sega/SegaCD space cowboy type came that started off with a shower scene in the first 30 minutes (think your ship crashed or something like that). I had to take it back because it was too mature for my younger brother at the time...really wanted to finish that game.
R

wyqtor said:
You guys should also check out Oxygen Not Included, one of my most-played games as of late and quite similar to Factorio in some ways. It's almost like a cross between Factorio and Rimworld.
Click to expand...

I love Factorio and RimWorld but for reason Oxygen Not Included didn't click with me. I'll have to give it another shot soon.
A

My first PS1 game, its one that I loved so much, but I didn't really see anyone else even KNOW about...

KazeoHin said:
My first PS1 game, its one that I loved so much, but I didn't really see anyone else even KNOW about...