This just came out today - didn't see any thread for it other than a KS from 2013.

So far the reviews are very positive. I picked it up myself and graphically this game is quite stunning. Coming out the day after DX:MD was probably not the best but I think it deserves a little attention.

I might wait for VR support (which is supposedly coming by the end of the year), but supposedly they are supporting the Rift first and the Vive sometime later, so I might just play it normally for now. I imagine it will be amazing in VR.
S

It definitely does seem intensive on the GPU.

Reviews have been very good.

oh man the water in this game looks amazing

this game is amazing, and it's graphically amazing as well 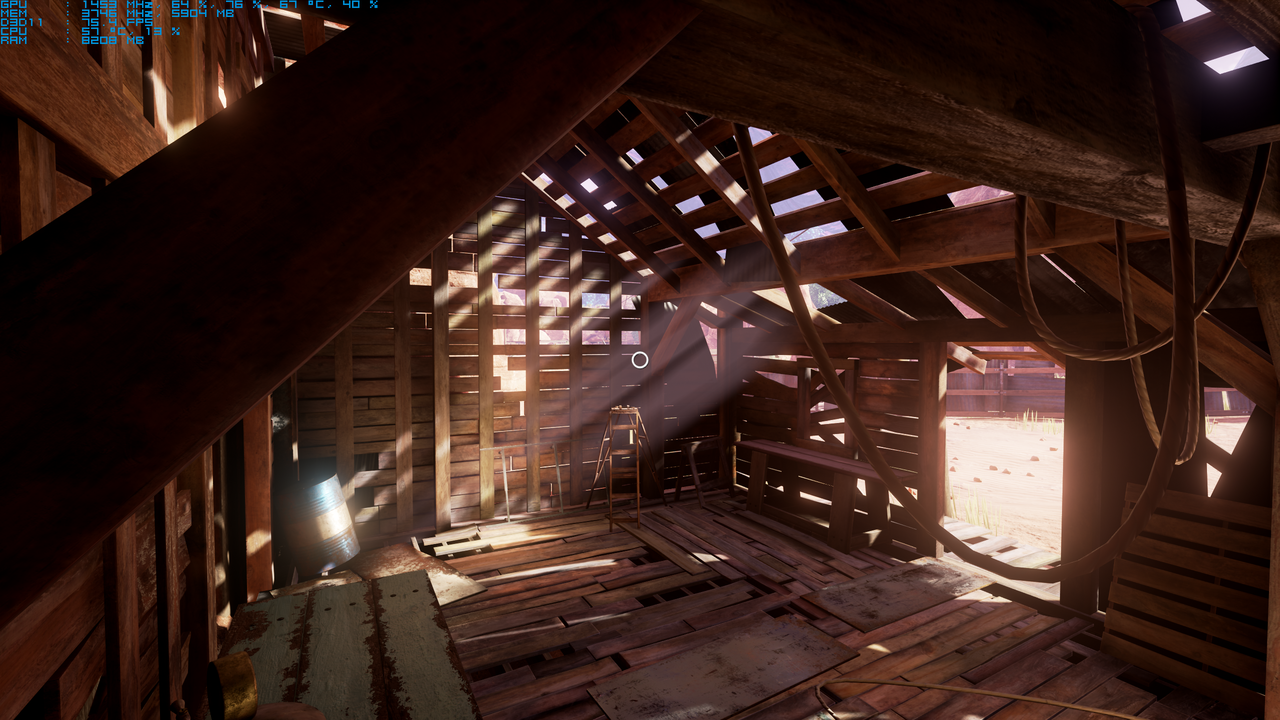 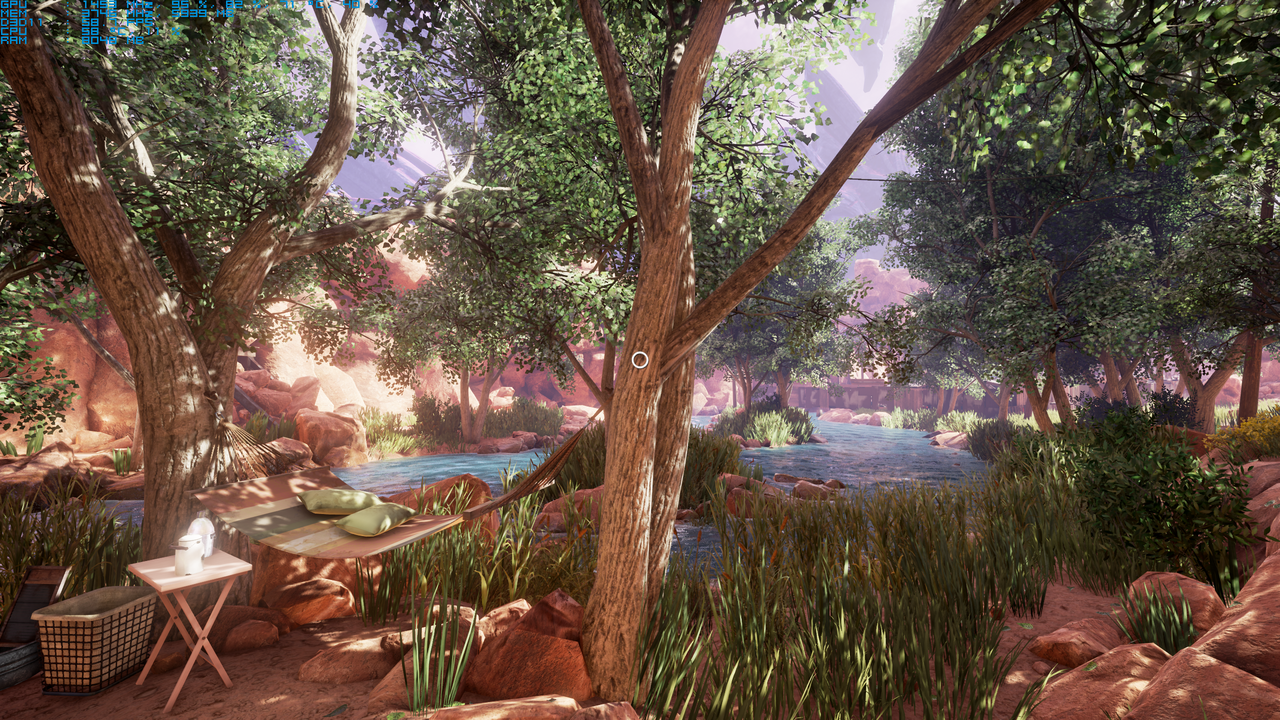 The rocks are amazing, look at how the wet ones have specular reflections in the crevices on the rocks. it looks just great, best rocks I've seen I think.

Former co-worker is one of the artists for this game. He did the concept art they used on the kickstarter, then taught himself 3D skills so after all the 2D stuff was done, he continued on with the game. The good reviews have blown them away -- they put 100% of the budget into making the game, so, marketing..... yeah, lacking on that. Having played the others... pretty sure going to add this to the list.

I'm torn because I would REALLY like to wait for the Vive version to come out, but I also really want to play the game!
N

MavericK said:
I'm torn because I would REALLY like to wait for the Vive version to come out, but I also really want to play the game!
Click to expand...

You're probably going to turn settings down a good bit to make this playable on Vive. Will the vive version be a different standalone game? I suggest you buy it and play it now

MavericK said:
I'm torn because I would REALLY like to wait for the Vive version to come out, but I also really want to play the game!
Click to expand...

An update posted on the Kickstarter page about the Oculus version says if you have 1 version you get access to the others.


Not sure if that applies to people who just buy it from Steam or GoG though ...

bigdogchris said:
An update posted on the Kickstarter page about the Oculus version says if you have 1 version you get access to the others.


Not sure if that applies to people who just buy it from Steam or GoG though ...
Click to expand...

Serious question, how would feel about VR support as DLC?

Looks nice but is it boring like Myst was? Myst is on my overrated games list and it was only popular because it looked really nice for the time.

rezerekted said:
Looks nice but is it boring like Myst was? Myst is on my overrated games list and it was only popular because it looked really nice for the time.
Click to expand...

rezerekted said:
Looks nice but is it boring like Myst was? Myst is on my overrated games list and it was only popular because it looked really nice for the time.
Click to expand... looking at screenshots I'd say this is on par, graphics wise, with Vanishing of Ethan Carter (which looks amazing for the most part)
S

Dunno what happened, but I hit an area that crashed my game, and no matter what I try it crashes when I try to load the save now.
If i start a new game, or play my wifes save, it works fine. So looks like my save file is screwed...not really interested in starting over...so might give it a few months to get patched up before trying again.

polonyc2 said:
looking at screenshots I'd say this is on par, graphics wise, with Vanishing of Ethan Carter (which looks amazing for the most part)
Click to expand...

having played both i can tell you obduction looks far far better, runs better as well
P

Get Obduction free on GOG for 48 hours

Obduction, the spiritual successor to games like Myst is free on GOG for 48 hours...

I bought this on Steam a while back and enjoyed it. I don't remember struggling much, so I'd say it's a fairly easy puzzle game, but with a good sci-fi story to it.

Thanks! Will give it a shot, old school meets new.
C

I just finished Obduction. Here are a bunch of words, which do their best to avoid spoilers.

Overall, I recommend it. But do know that the ending is very brief and very vague. The journey to get there though, is pretty darn good.

The game does seem like it ran out of money or something. Because they build up and explain a fairly complex situation. But they don't do a whole lot with what they explain to you. But let me try to explain, without spoilers.

The environments are great. The graphics are solid, if a bit rough. And the art direction is very good. On top of that, the exploration and puzzling is very cool and feels fresh, at a time when every 2nd game is some riff on Portal or Talos principle (which itself was a riff on other things such as Path to Thalamus). I mean, Obduction is 3 years old now. But so are some of those other games. And exploration is a big factor. It isn't just a bunch of puzzle rooms completed in succession. You gotta run around all over the place in big environments which are mostly well realized. It gives you a real sense of place and you have to observe that place closely, to be able to notice what's needed to progress. And its not just about being in impressive vistas. There's clever use of doorways and pathways and guessing where the player is probably gonna look as they move through. Little stuff like that really helps endear you to the game even more.

And there's a good balance of being told what to do, being indirectly told via notes/clues/items in the game world, and also just putting your feet to the ground and using your eyeballs.

So that all sounds great. and it mostly is. Where the game falls off is it eventually builds you up into the scenario at hand and sorta tries to script out some things so that you have some stuff happening in front of you or as you go along. There's also some attempt at decieving you, etc. (mostly for flavor, not actually to affect your choices). And all that stuff is pulled directly from the notes and journals and things you've read. But....they don't keep it up. For long at all. and that was a big bummer to me. Because its a pretty detailed scenario and for a minute there, it felt like some stuff was happening. Like you had finally done enough and found out enough, you now get to be a part of it. But it turns out there isn't much of that and it feels like they probably wanted to do more.

And then the ending is just a couple of minutes and then cut to credits. And what happens during the ending is not clear. Which feels empty because you just spent a bunch of time running around doing all this stuff and it seems like you're really supposed to know what's happening and feel something clear about it.

Another area which shows some lack of budget/time is the opening sequence. You see, something happens to you in the beginning and if you had been setup to actually care about it, it would have been cool. Like if they had established a sense of place for your character and even some sense of your actual character; then then hitting you with the thing which happens. Instead, its just some pretentious narration which could be about anyone, with you walking a path for like 200 feet. and then the thing happens and then the real game starts. And later they explain how that thing happened to other people. But your's was like the most boring of all. Oops? It actually feels like maybe the intro segment was one of the last things made for the game.

Also, there is a large multi-part puzzle, late in the game. One which requires a fair amount of backtracking, multiple times. And different parts of the puzzle are cut off behind 16 second loading screens (load screens which are likely even longer on a platter HDD, such as a console). That was a cool puzzle. But the technical execution made it painfullllll.

The game has a VR option and its probably pretty great. Those environments are awesome and running around through them in VR has gotta nice. Also, the load screens would be super trippy in VR. The screen breaks up into a bunch of confetti from wherever you were just at and then you can spin around and look at all of it. then it all comes back together and solidifies into the new spot you loaded.

I really enjoyed the core parts of the game. And if you can't tell, I recommend it. But it definitely has some roughness which keeps me from being absolutely glowing.

Here are a few super unspoilery shots. I posted more in the Den of Screenshots. Which are slightly more spoilery to the first major area of the game. But don't show anything from later in the game.

If you are on PC, I recommend using Reshade to add a couple of effects. But most especially, to replace the Anti-aliasing solution provided in-game. Its the most image blurring AA I have ever seen. Its really horrible. 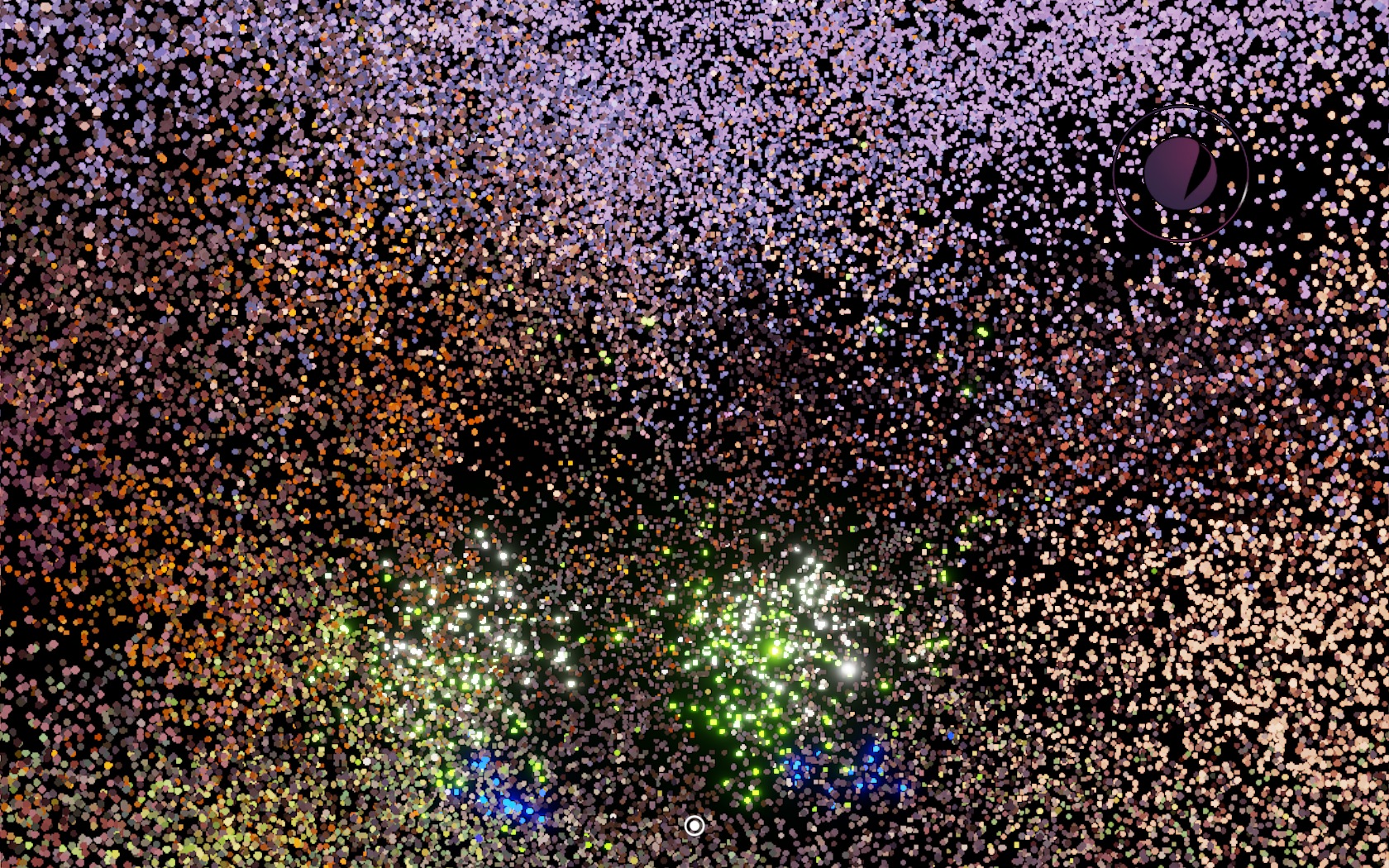 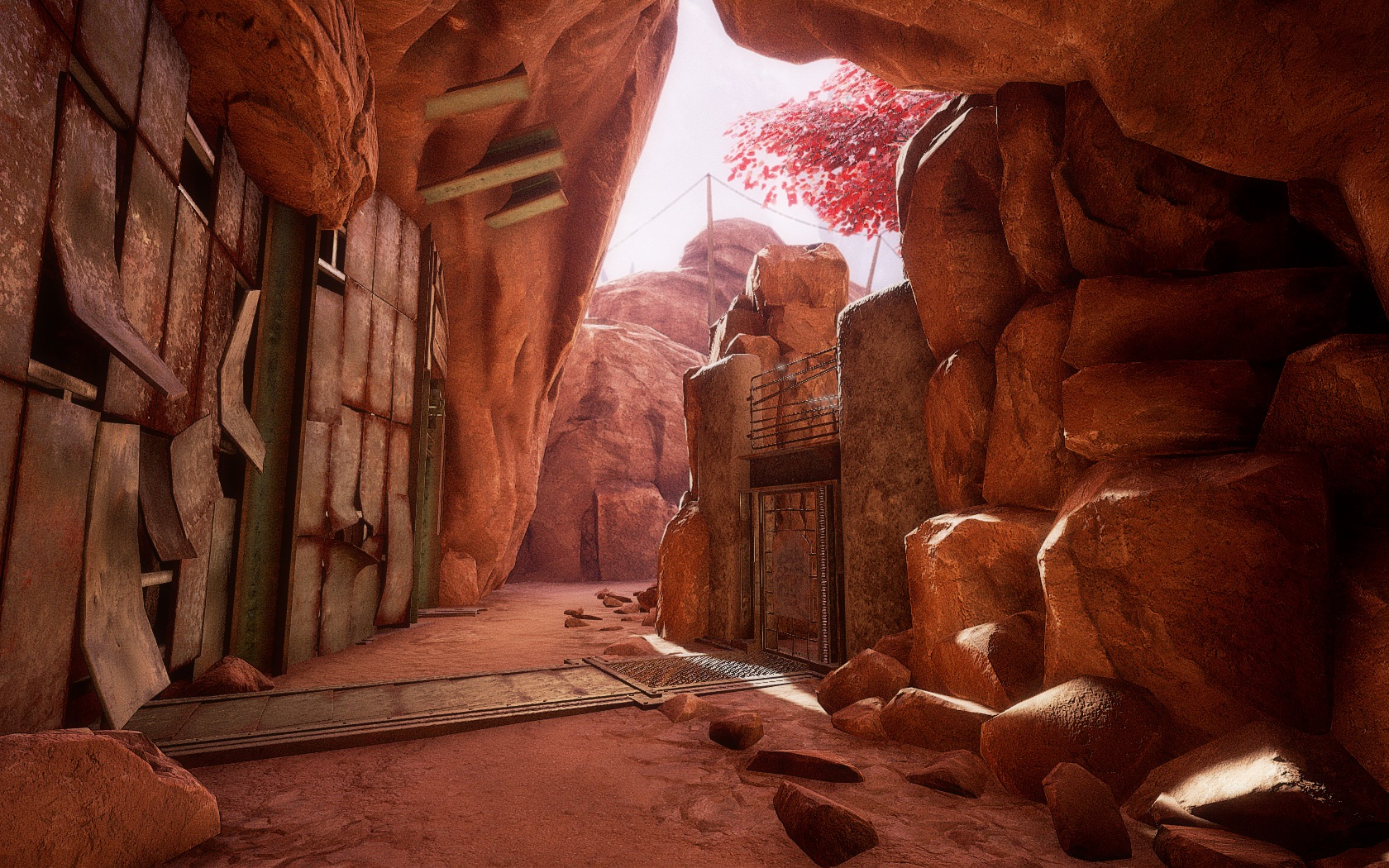 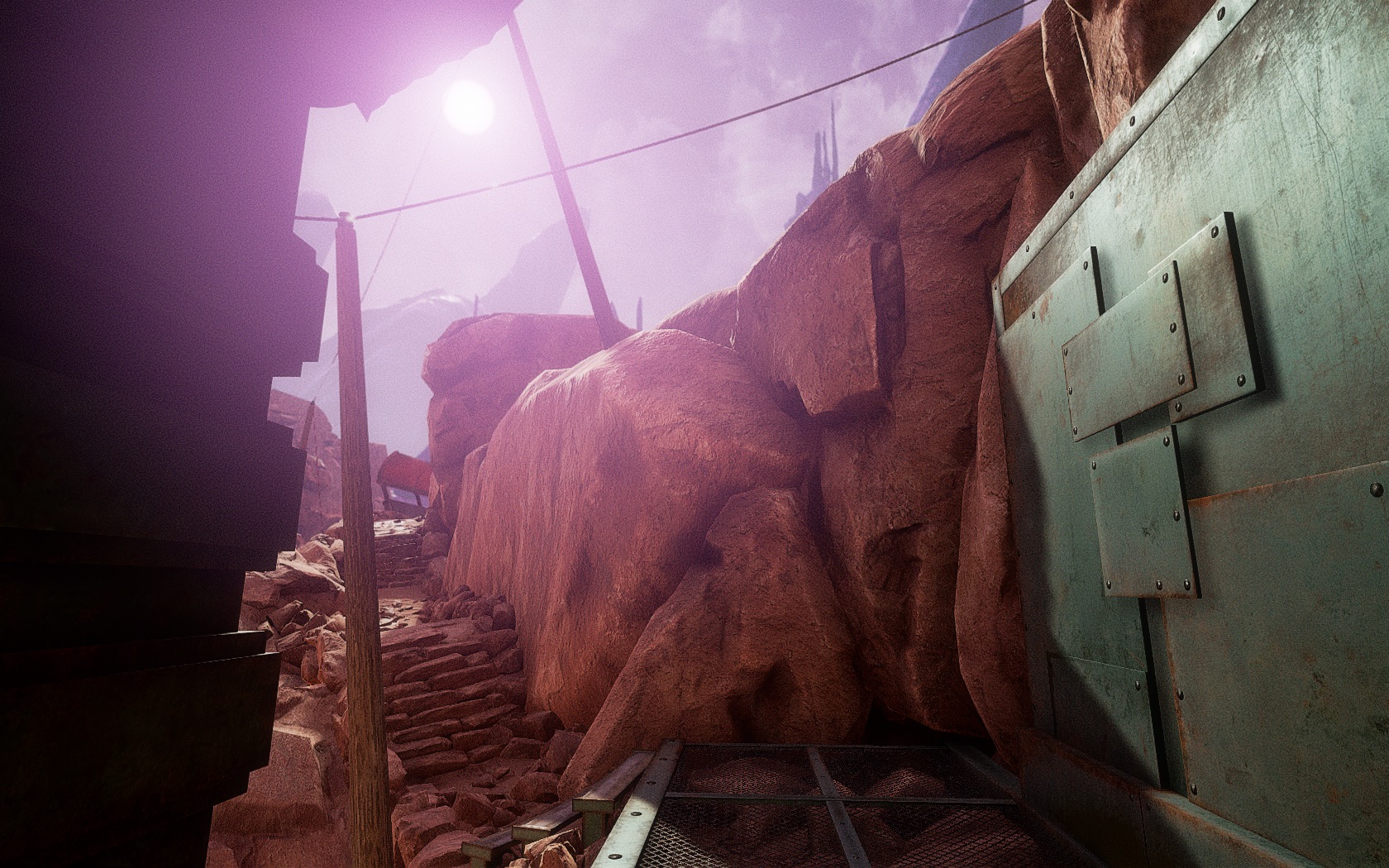 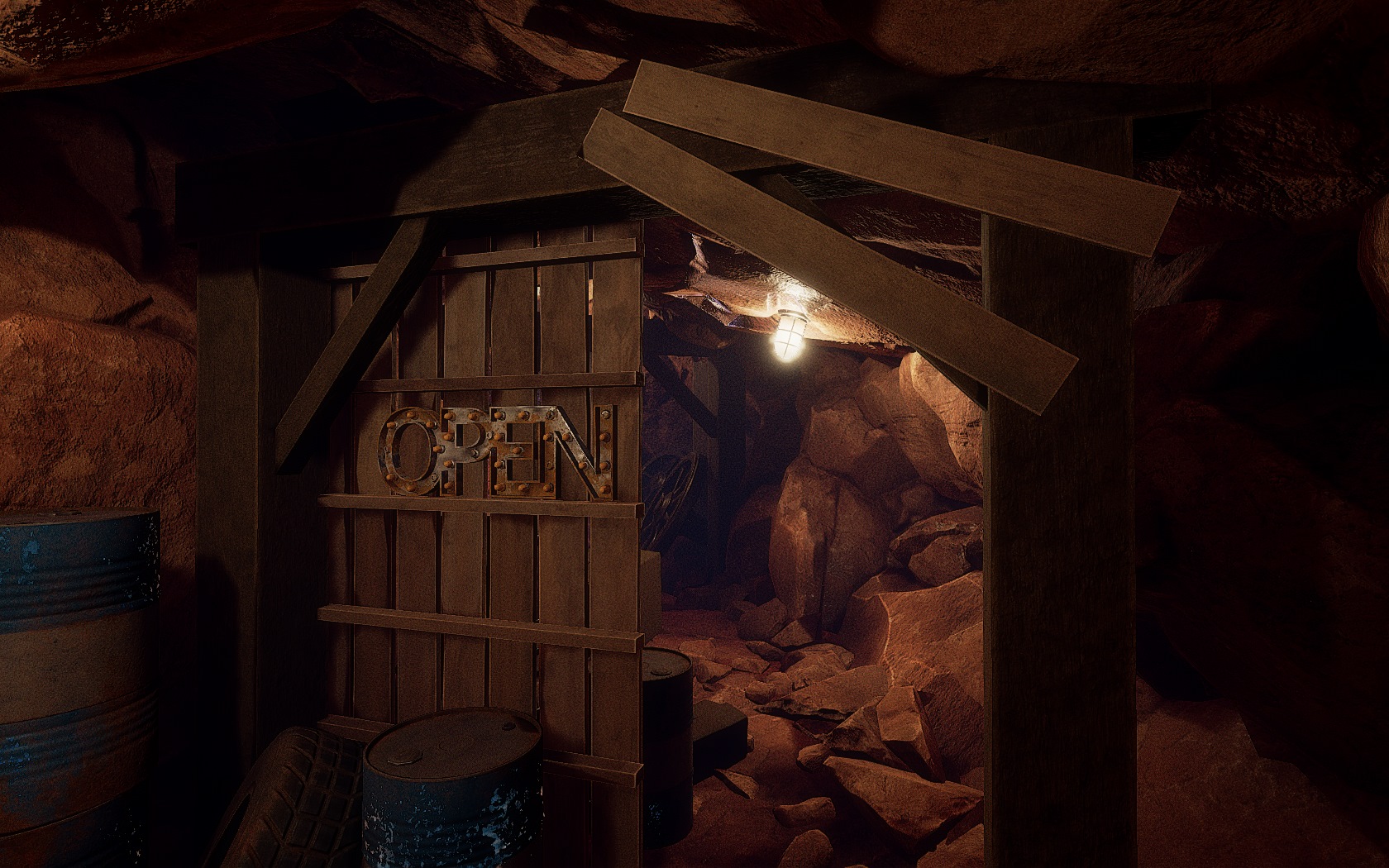