Now is the worst time to buy a new stationary computer?

Edit:
I've actually built one. Now is not a bad time if you want Intel.

So I've been thinking about upgrading my PC, but it's fairly powerful and maybe it's better to just wait on next-gen everthing.

Reasons:
The war between Intel and AMD in CPU department is heating up.
Intel is about to release ARC to compete with Nvidia and AMD GPUs (low-mid end, but might lower the prices of top end cards?)
Rumors about next-gen GPUs being 70-90% faster (it's early, but MLID is usually spot on with his leaks).
DDR5.
PCIE-5.
Next-gen USB?

Sure, it will all be out by then.

I would just upgrade the GPU if you're really in the mood for an upgrade and see what happens with newer stuff going forward. I don't think your setup is going to be irrelevant by early 2023 at the latest.

I think you are approaching this from the wrong angle.

It doesn't seem to me that there would be any huge reason to replace anything in your current setup. Upgrading to a X570 board and Zen3 would be an interesting option, because you could re-use your existing DDR4, probably make back a fair percentage of your money by selling your 9900k+mobo, and you wouldn't be stuck on a dead socket anymore. There should be one more AM4 upgrade next year with the 3D cache Ryzen chips.

PCIe 3 vs PCIe 4 vs PCIe 5 is still irrelevant until new protocols like DirectStorage actually start being used in games.

Nebell said:
Reasons:
The war between Intel and AMD in CPU department is heating up.
Intel is about to release ARC to compete with Nvidia and AMD GPUs (low-mid end, but might lower the prices of top end cards?)
Rumors about next-gen GPUs being 70-90% faster (it's early, but MLID is usually spot on with his leaks).
DDR5.
PCIE-5.
Next-gen USB?

You are correct about the CPU scene heating up.

Gpus will continue to be a mess with or without intel.

Next gen gpus won't be anywhere near that much of an improvement. It would be a terrible business move considering any gpus introduced will be in hot demand.

Ddr5 is mildly useful right now and everything else may take a few years to gain any acceptance.

I would sit on your current build for abit.
L

For someone with a 9900k that use the desktop to game and at 4k I would not imagine it is a particularly good time to change cpus.

It would take vastly more powerful gpus (or game that take more advantage of the current latest one) to make a cpu switch for 4k gaming worth it I think. 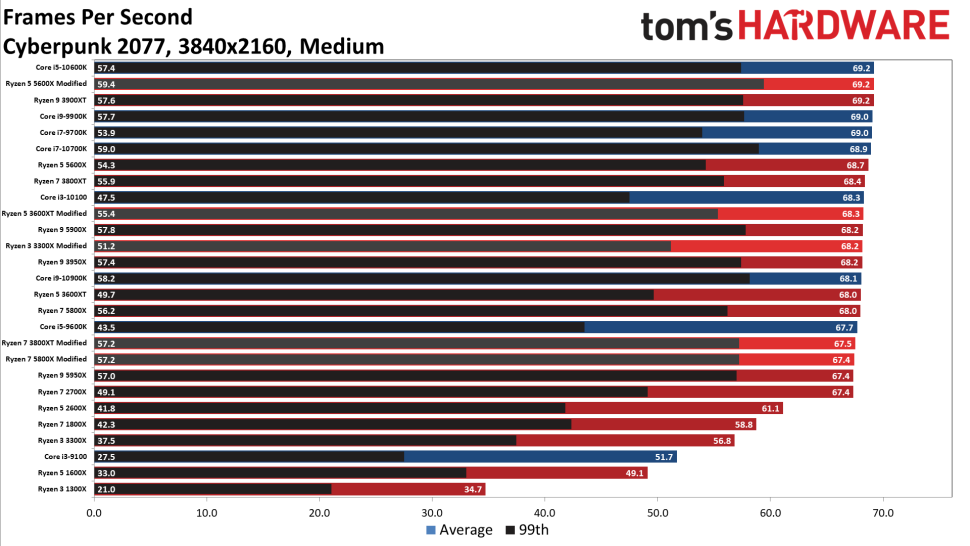 Bumping my own thread. I actually decided to build a new computer, some 8 months after I created this thread.
The main reason is that I got tired of my old PC and wanted something new. I'm sure you know the feeling. And also new LGA1700 supporting pretty much everything next-gen as well as supporting at least one more CPU generation, I thought "why not?"