Keyboard not waking PC from sleep - what setting am I missing?

New build running Windows 10. When PC is asleep, keyboard and mouse will NOT wake the PC. I'd like keyboard to wake PC. I have the usual settings correct:
1. in Device Mgr > keyboard > Power Management > check box "allow this device to wake the computer"
2. in Power Options > Advanced Settings (for the power plan in use) > Sleep > disable hybrid sleep 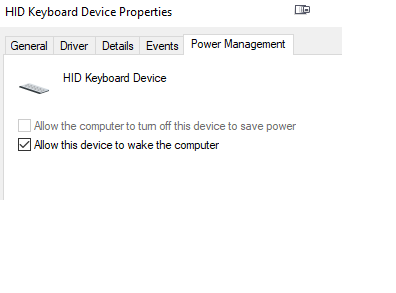 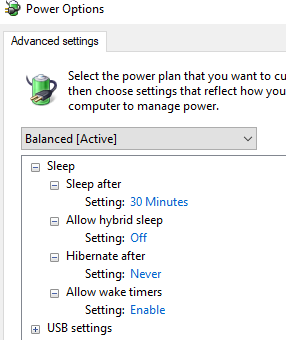 What else should I check?

Check that wake from kb is enabled in bios. Think microsoft overrides that anyway, but if not then enabling it may help.

Also, I think you cannot have c-states disabled in bios, so make sure that's set properly.
S

Nobu said:
Check that wake from kb is enabled in bios. Think microsoft overrides that anyway, but if not then enabling it may help.

Also, I think you cannot have c-states disabled in bios, so make sure that's set properly.
Click to expand...

You are correct, I just had to enable USB devices in the list of things that could wake the PC. Thanks.
B

I put the Bad in Bad Grandpa!

I am having the same problem as ss88 about not getting the PC to wake up. Work fine till I hooked up my new kb & mouse.

I just received my new Dell KM7321W keyboard & Mouse. I have programed a key for sleep which works

great, but can't seem to figure out how to wake? I am running Win11 pro.

I have the same settings checked as ss88 but I can't get anything to wake this pc.

I did go in Bios and made sure the wake from keyboard was enabled. What I replaced was an old ancient

Microsoft office PS2 keyboard and had no problems wakeng with that one. I have the dongle plugged

directly into a usb slot on the pc. It is not plugged into a hub or anything.

compliant Mouse, however only the top one has the Power Management settings, on the other one that

setting is missing on both. Could it be possible that this new keyboard combo won't wake my pc?

PS: I also had the kb & mouse connected via bluetooth and that didn't work either.

Thanks in advance for taking the time to read and respond.
Last edited: Apr 25, 2022
B

I put the Bad in Bad Grandpa!