I have a set number of small to medium sized parts which I seem to print over and over so I thought I would order one of these. My particular order comes with the spring steel plate and is supposed to ship in January...

Can't wait to see how the production version performs since the pre-production ones seem to perform well in the type of use case I see most. 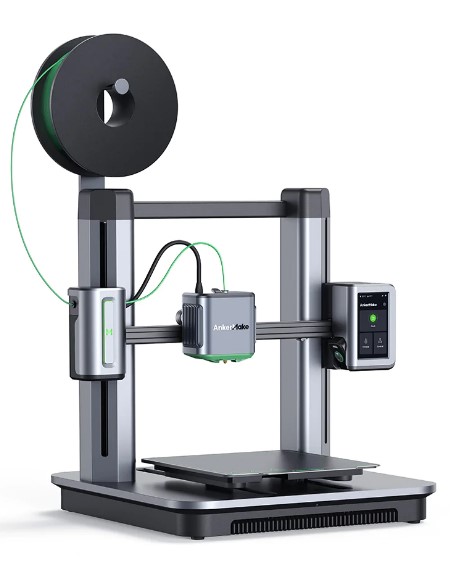 These look so sleek! Temmmmmpting.

Im curious how it goes. It for sure was designed by a creative design and marketing team with total freedom lol. They use too many buzzwords in their ad.

Last i saw they werent shipping the "AI" function of it yet, was going to be a future upgrade.

I am clearly skeptical, to me it is trying to be like cricut is to vinyl cutters, a fancy sleek looking product that gets in its own way with all its proprietary stuff.

I also ordered one of these to replace my Replicator 2, which died ysterday 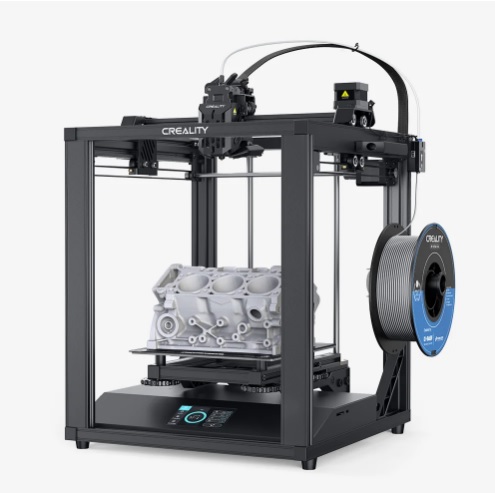 Got a Sonic Pad today 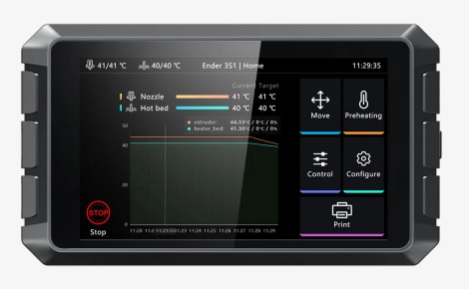 I'll be looking forward to your review on this one!

Jelly said:
I'll be looking forward to your review on this one!
Click to expand...

I'm hoping it works as advertised. I have seen some reports on /r/creality of them actually bricking the printer to which they're connected. Overall, though, I've actually had good experiences with Creality products so I'm hopeful...

I should probably revise my statement above somewhat, based on my experience last night. I've been upgrading the CR6 Max in a pretty piecemeal fashion. I got around to replacing the OEM plastic Extruder with a metal one and lost the ability to properly extrude. It was odd. Really odd. As some people suggested, I replaced the Bowden tube with a Capricorn one (using the Capricorn cutting tool so it's dead-on perfectly cut)

I also replaced the brass extruder gear with a steel one.

I printed an extension to relocate my filament run-out sensor as a test. It came out nicely.

Replaced the .4 brass nozzle with a .4 Stainless Steel. Did the E-steps again, auto-leveled again. Saved changes.

Started to print my test print model and it clogged almost instantly. Cleaned everything out and restarted. Clogged again. Repeat. Repeat.

Replaced the stainless steel nozzle with a new brass one. Same thing...clog after clog

Went to remove the silicone boot from the hot end in preparation to clear the clog again and a screw fell out. It was one of the two holding the hot end to the heat sink/carriage assembly. The other was finger tight and mostly backed out, or so I thought. In actuality it was broken off and the only reason it didn't fall out before was the silicon boot was holding it in.

I may or may not have smashed the entire hot end with my fist out of frustration. I'll never tell.

My worst failure was early on using a glass bed (cuz internets told me to lol) and the nozzle hit the model and adhesion was good enough that the head pushed the glass onto the concrete floor. Broken glass and spaghetti everywhere lol

Darunion said:
My worst failure was early on using a glass bed (cuz internets told me to lol) and the nozzle hit the model and adhesion was good enough that the head pushed the glass onto the concrete floor. Broken glass and spaghetti everywhere lol
Click to expand...

I cancelled the order for the Anker M5. My order has been stuck in "Processing" for a week while other retailers selling this very printer are guaranteeing delivery by 9 December.

I'll look for a different one to get while waiting on the E5S1 to be delivered by the end of this month.
N

Gotta say, only put a bi metallic heatbreak and CHC hotend with a BMG clone extruder on my Aquila and it's been printing petg for hours on end like a champ.

You messed with the sonic pad yet?

German Muscle said:
You messed with the sonic pad yet?
Click to expand...

Nope. Because they haven't shipped it yet. Right now I'm still trying to identify and correct the issue with my Ender 5 S1. There's some odd layer issue affecting some of them that no one seems to know how to correct. Most that I read about are just running Klipper to get it to work, so it's definitely a Firmware issue of some sort. Problem is, I don't have my Sonic Pad and I don't feel like pissing away a weekend just to load Klipper on my rPi3 when I have better things to do. There's no updated firmware available either. I'm on the latest one available as of yesterday.

This isn't a normal issue. e-steps are dead-on prefect. I tell it to extrude 100mm and it does so. Not 100.2 or 99.9. It's dead-on perfect. Bed is Aux leveled to within 0.038mm all the way around via feeler gauge and auto-leveled properly, and the proper Z off set is loaded in EEPROM (Verified with M503) and M420 S1 Z5 is in all my G Code settings in the slicers. All slicers I use are affected (Cura, Creality Print, Simplify3D)
N

notarat said:
I don't feel like pissing away a weekend just to load Klipper on my rPi3 when I have better things to do.
Click to expand...

Eh, it takes like an hour. I've done it around 5-6 times now. I remember when I first got my S1. I went from setting up, printing the test print, reading a guide on how to do klipper, and running klipper on it all within a half day.

Only time ive seen that was on the older boards where the movement commands were too frequent the cpu couldnt calculate the moves fast enough. I run klipper on my 3 printers and have never seen that at all since moving to a 32bit board. I would try printing it ridiculously slower maybe something like 1-5mm a sec to you can watch that error and get a better feel for what it is doing.

Darunion said:
Only time ive seen that was on the older boards where the movement commands were too frequent the cpu couldnt calculate the moves fast enough. I run klipper on my 3 printers and have never seen that at all since moving to a 32bit board. I would try printing it ridiculously slower maybe something like 1-5mm a sec to you can watch that error and get a better feel for what it is doing.
Click to expand...

There are a few ideas I'm going to try out once I heal up from being attacked by the printer. Yes. It attacked me. After my last failed print attempt I cancelled the print. It homed like it's supposed to. Just like it had after every other failed print. Then, about 5 seconds after i grabbed the scraper and was removing the failed print from the PC plate, the hot end shot out at full acceleration straight into my hand, dislocating my ring finger on my left hand. Then, it jammed itself down into the print bed and drug it back towards the home position, gouging and bending the spring steel plate.

I turned it off and haven't looked at it since.

One of the things I'm going to try is flipping the lead screw in case there is an issue with it at that level...if there is a problem with it, flipping it should put that problem at the new "top" of a tall build where the build plate would be at the lowest level (I don't do "tall" prints on this printer because i have a CR6 Max for "taller" prints)

One of the other things I thought about doing was loosening up all the M5 frame screws and tightening them again, making sure my frames are in plane with each other and at 90° angles... though that is something I did already during initial assembly. Maybe something slipped slightly during that initial build process and I did not catch it...but I doubt it.

Printing ridiculously slow was not one of the ideas I thought about so I will try that as well.

I'd hate to have to grab my Pi from the shelf and dedicate it to Klipper but it is something I will try as a last resort.

Edited 2 more times because it's hard to type properly with my ring finger still sore. Middle finger not ring finger...I made the post before I had my morning coffee. Here's a pic of the damage. 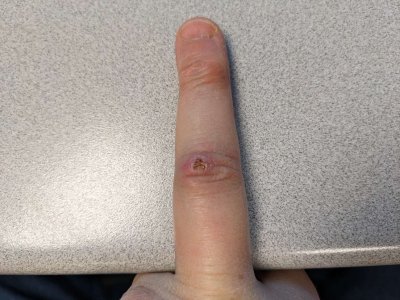