Comixbooks said:
The story is about Nazis in the future after WWII 50s 60s 70 or present so whatever history books said is not true.
Click to expand...

That’s not true. The campaign takes place during WW2.

The Trailer says it takes place after WWII

And yes, I agree that how they handle the warzone story stuff is hot garbage. It's impossible to follow if you haven't been playing every single season, and they give you no good way to view the entire storyline unless you manually search for each video in chronological order on youtube after the fact.
Last edited: Nov 23, 2021

LOL thought it was my new Rig
Turned off XMP didn't find out about this until now. This 12700K gets hot back of the case is hot to the touch.
I might take one of the fans off my CPU tower since I think it's screwing up the airflow with the back to back case to cpu fans.
Last edited: Nov 25, 2021 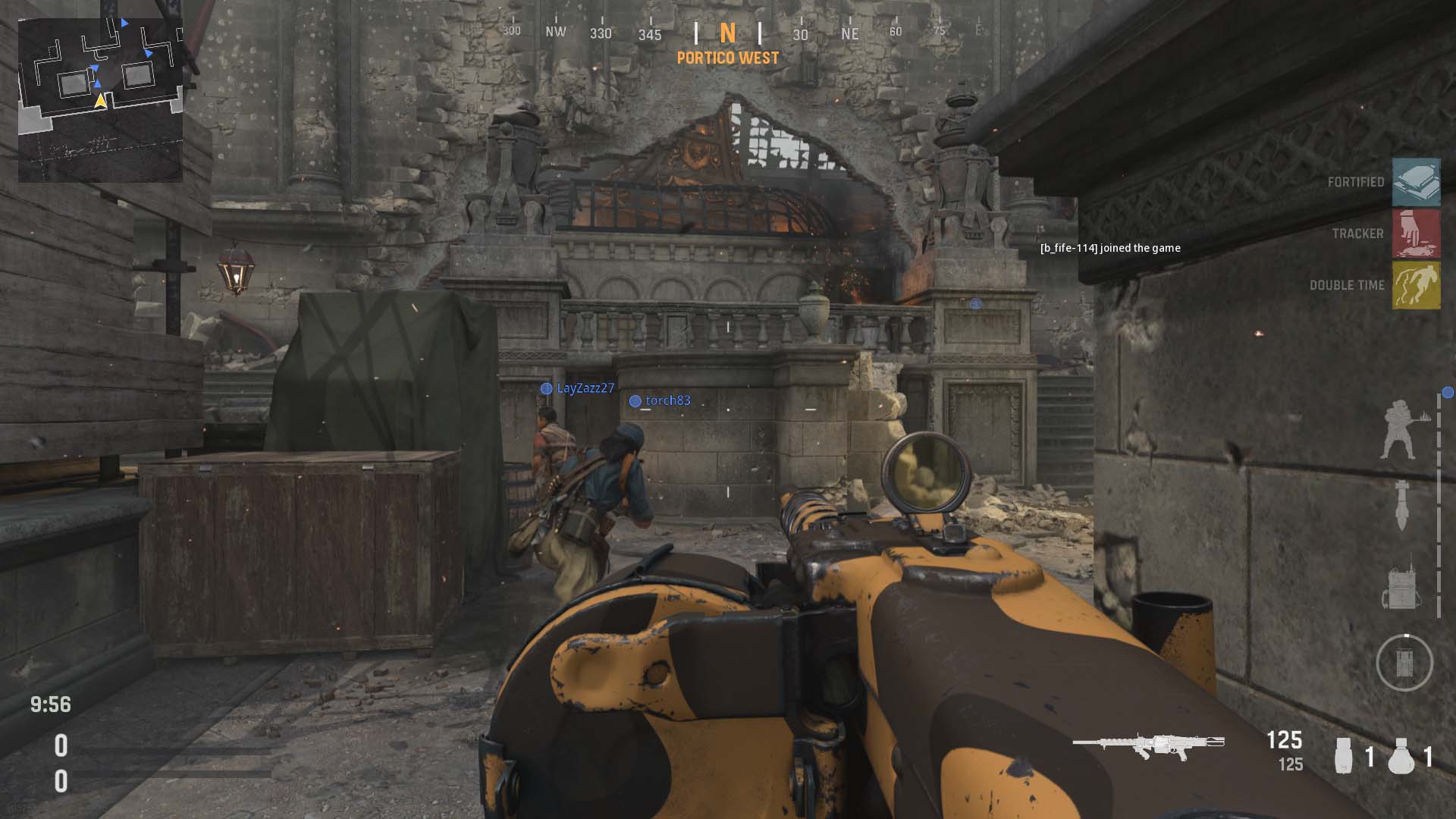 Almost have my 300 Light machine gun kills =) I like it because I never run out of bullets once I get 300s kill have 287 once I unlock one of the female characters only have the starting character unlocked. Unlocking all the stuff is pointless I mean because a new game comes out next year anyway. Played for about 4 hours today I really like the incendiary bullets because once you hit them they go under cover and have a chance for another tick counter kill. Used about 10 of my mountain Dew caps one cap lasts only about 2 matches depends on the map I like the control point maps the best or hard point I forget where the control point actually moves I like staying in the control point I got the most XP for one round but the other team can camp the control point where you get shredded up pretty fast. I'm pretty sure I saw all the maps in rotation don't think I'll buy the DLC I just hope they add the maps for free like they kinda did with MW.

I did get a few kill streaks bombing runs but that is about all I got the light machine gun is gun for taking out the stupid flame thrower guy.
Just back peddle with the controller and keep firing because he's slower.

I tried the remote control RC special but I hate how the mini tanks steers you can't tell the front from the back of the thing. So I just use a jammer now plus you have to hide when you use the remote control the jammer takes you off the mini map.
Last edited: Nov 25, 2021

I had a pop up from Windows 11 saying Windows 11 wasn't activated while I was playing COD All I had to do is a few clicks under settings to activate it. I thought I would have to enter my old Windows 8 pass or something.
Last edited: Nov 25, 2021

When I installed Windows 11 I never switched my gaming monitor to 144hz it defaulted to 60hz so I just switched it back in the settings I must of been playing COD at 60hz this past week. I think it was at 144hz playing other games must of just happened this past week with the Z690 motherboard switch. I know I was playing Deathloop at 144hz and Back 4 Blood because I played with the settings back in October when Windows 11 first launched.
F

So uh, who you talking to in all those posts there buddy?
C

FearTheCow said:
So uh, who you talking to in all those posts there buddy?
Click to expand...

Season 1 is out with new Vanguard and Warzone maps 20 gig DLC not sure if it pays to purchase it because usually people only have the basic maps.

You can upgrade to the Season Pass through the game haven't tried it or figured out how to do it on pc still patching.
C

I have not played this type of game play in about 17 years and I forgot alot ...

New Maps are ok I thought I had to purchase them but I guess not. Finally figured out how to unlock the special guns but most of the time they are not much better than the stock guns unless you purchase something in the shop would like a Light Machine Gun I picked up a 1200 CP they give you but it turned out to be burst fire.
M

Comixbooks said:
New Maps are ok I thought I had to purchase them but I guess not. Finally figured out how to unlock the special guns but most of the time they are not much better than the stock guns unless you purchase something in the shop would like a Light Machine Gun I picked up a 1200 CP they give you but it turned out to be burst fire.
Click to expand...

There is no reason to do the battlepass if all you want are the new guns. They are free. No clue why you'd spend 1200 of those COD bucks to get them.

I might try a few rounds of this not sure of COD ever did this really patch is like 9 gigs today. 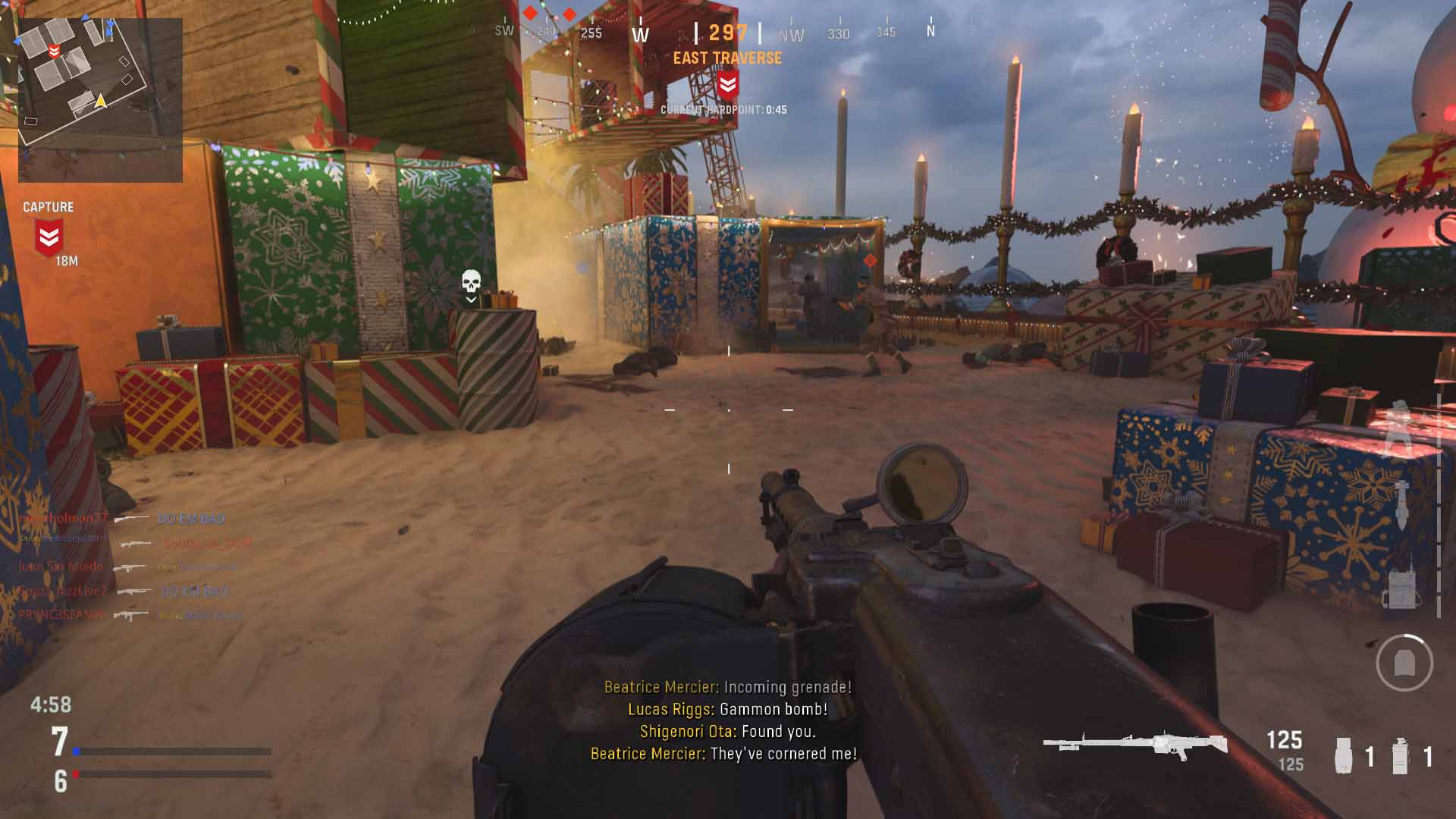 Must of Started today at midnight or something. Shipmas map it's just like Shipment.... Just played one game but I must of had 40 Kills couldn't get more than 6 in a row for some reason.
Last edited: Dec 17, 2021
F

They keep fucking over MW with every vanguard patch, pretty sure they are doing it on purpose with how shitty vanguard is.

The game I played last night crashed before the game ended it was on their end.

Yeah, It was having some weird issues last night. Like on a control match at the end of a round everybody was shooting but nobody was dying. Then the next round got going and it finished out like normal. I've had few not able to connect in the last week.
S

How does a game re used the same map 6 different times, and the spawns keep getting worse and worse?
P