with 3D printing commonly available, and the sight of cables anathema, where are the printed cable covers ?
something that snaps over the exposed cable so it looks like a dragon crawling out of the case and biting the motherboard kind of thing.

honegod said:
with 3D printing commonly available, and the sight of cables anathema, where are the printed cable covers ?
something that snaps over the exposed cable so it looks like a dragon crawling out of the case and biting the motherboard kind of thing.
Click to expand...

Cable covers? You mean like sleeving? There are companies that sell that.

not at all, I am thinking about a hard plastic 'thing' that the cables can run 'inside' so you see the 'thing' instead of "a cable".
the wires commonly run from a hole in the case up to the plug on the motherboard, so you clip on the 'dragon' and instead of a bundle of wires you see a dragon.
or just a cover stylized similarly to the heatsinks on the motherboard, just something that stops the wires from being seen.
this whole putting toys in a computer for styling thing eludes me, as evidenced by my poor examples of using tech to create toys to hide cables.

this is inspired by something I want.
I would like a 24 pin motherboard power plug that loops the wires to run down to the PSU directly below, not to hide the wires but to support the bend 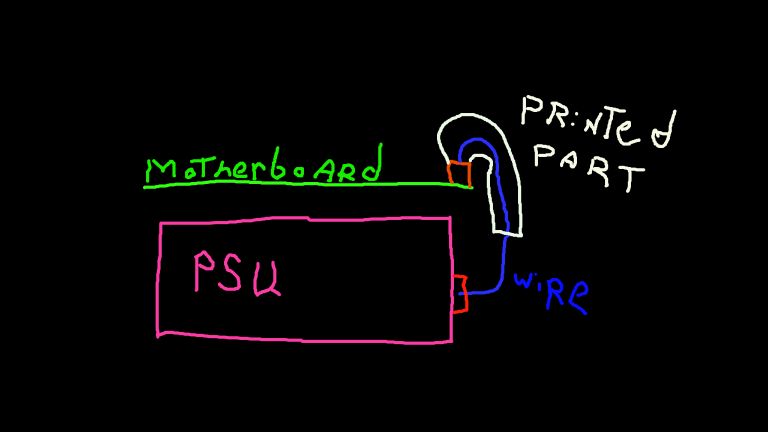 Nothing is stopping ya from making ridged conduit. It would just be specific for your application

Manifest the 3D printed Dragon cable shroud you want to see in the world.

I run a 1050ti that needs no aux power cable run to its top, but folk who do might like a zombie hand reaching up to grab the top of the card with the wires running through a finger.


cdabc123 said:
It would just be specific for your application
Click to expand...

that is indeed the whole point. I had thought of creating a mold around the wires and filling it with silicon seal before I got the printer.
the ability of the printer to make shapes on the outside of the thing that it would be tough to make a mold for seems a really cool ability that is not much being flexed.

not my dream, just a visual to illustrate the concept 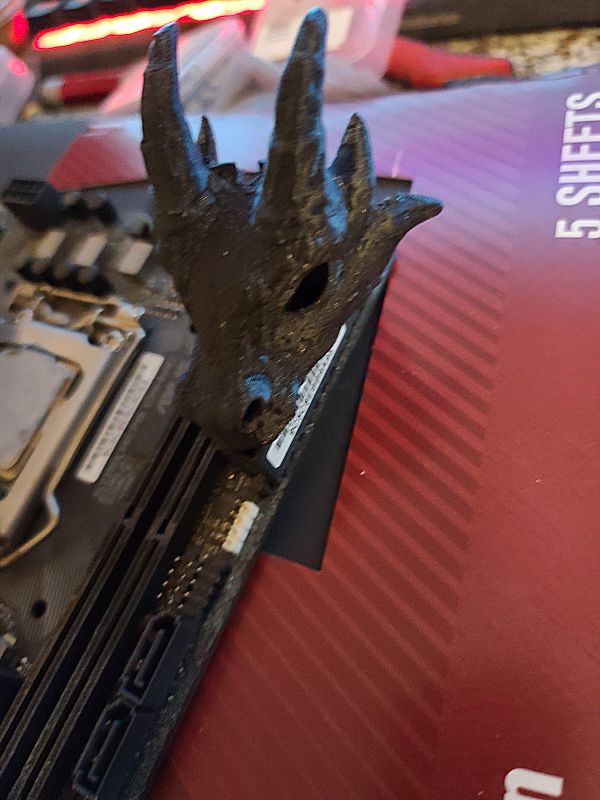