sirmonkey1985 said:
dunno, never had a problem on the software side other than the previous version having ad's telling me to buy keyboards or mice or headsets i didn't want.. ever since they moved everything over to iCue a couple months ago it's way cleaner and much easier to use now.
Click to expand...

I only have Corsair RAM (with white LED strips) and Corsair AIO, and I will say that iCUE has been improving rapidly over the last six months or so.
T

Side note: I hate Discord. (too bad my Neverwinter Online guild uses it -- at least they use text chat more often, and Discord is optional, not mandatory)

At least TeamSpeak offers multiple options to fix stuff ... you can't really troubleshoot Discord w/o options to do so ...

My mic works just fine on everything else except Discord ... and I've gone through a ton of fixes. I can hear just fine, but am not being heard by others (despite positive "green light").
T

I can recommend the steelseries arctis 7 headphones. I'm on my second set though since the USB charging port stopped working after a year and a half or so, so I'd suggest buying a warranty for it. The only thing I wish the headphones had is a play/stop button, since I like to move about my place while listening to things. The sound quality is solid though for the price, and I would also recommend the leather cups you can purchase separately from steelseries for $15 since they provide a bit more sound isolation and are easier to clean. I've been very happy with them. 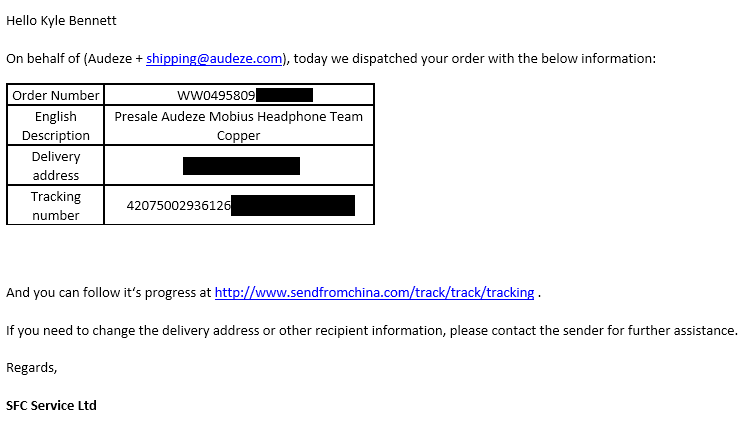 Waiting for your impressions- actually a bit excited to see what you think about closed planars when you get them .
B

Although I'm interested in seeing the Hardforum take on matters some of the reviews I have seen make me think that these are not going to be the cans for me. Comments around the quality of the headband, the rubberised coating, and difficulty connecting to consoles etc mean that I think I'm going to plump for the Steelseries Arctis pro Wireless.

I have my Xbox One plugged into the PC monitor so having that and the PC each plugged into the gamedac allows me to switch seamlessly between the two devices. With the Mobius I could BT to the PC but would still need to plug a cable into the Xbox controller which is all very silly. Although it's a PITA to connect the steelseries for both game noise and chat, it is at least wireless. The Steelseries also has that brilliant dual battery arrangement.

Whether I really will see a night-and-day audio benefit using Mobius I just don't know and perhaps it doesn't matter. it's very easy to throw some additional cash and get the Mobius but I leave behind a fully wireless solution for something which I may get some benefit from. I don't game professionally, and have coped with my Corsairs for some years now, so anything would be an upgrade.
B

So a week in and I'm really enjoying the Pro Wireless. It's hooked up to my PC by USB and Xbox by Optical, and my phone by Bluetooth. It really can do everything. The comfort is way better than my old corsairs and are a whole lot better at isolation too - once the headphones are on, no sound leaks at normal levels.

Sound quality wise they're competent. They won't blow you away but neither does it truly feel like a £300 headset. Some of the money clearly goes to the connector box and spare hot-swap battery (a wonderful feature) so I wasn't expecting them to knock me out but I've yet to play an FPS yet so they might yet impress - Forza Horizon 4 and Assassins Creed Origins, currently, and in each case they're way better than what I used before.

What do you think, Kyle?
S

I had the arctis pro wireless headset but returned them due to subpar sound quality when compared to my astro a50 set. I really wanted them to work out because I love the battery charge and bluetooth features on it.

fenixv said:
What do you think, Kyle?
Click to expand...

I think this is a very open question that will allow me to reply in just about any way I like, on whatever topic I like.
Z

Just stumbled on this thread. Any thoughts on the mobius headset Kyle?

I loved my bose QC35 for comfort and sound, but unfortunately they didn't play well with PC and their microphone.. and apparently they don't like having a whole beer dumped into the ear cup.The Mobius looked appealing; same with the Artics pro wireless since I can pair it with my phone for when I travel / am at work.

I am tempted to pick up the Sony wh-1000xm3, but I do game a good bit, so having an actual microphone that plays well in windows would be ideal, however if I have to sacrifice no mic for good sound quality, so be it.
D

Yeah, I have these badboys on pre order. Ldac bt and planar magnetic cans with real time 3d spatial effects. Finally, a wireless headphone that on paper is worthy of buying.

Since it’s audeze, the planar mags will die

But audeze are good at replacing fixing so it should be alright,

Fuck yeah, I saw an unboxing initial review, now I want the real thing, if its not already been posted.

Jude over at head-fi, the asian dude who looks like he is gay, he said they were great, then the motherfucker that was standing next to him in the video ( i will call him bigfoot ) banned me for winding up old age audiophiles.

Wtf has the world come to when winding up audiophiles is considered ban worthy.

I would like to see a real review by someone who does not have Audeze as a website sponsor, which means the head-fi motherfuckers cannot be trusted to give a proper/real review or they will lose their sponsorship and most likely the freebies that come with it.

For me it's perhaps not the best option, I had preferred running it wired with my own amp (with customizeable sound profiles) but it works really bad with AUX connectivity as it wasn't really meant to be used this way due to having built in amps. Through USB you get the best sound for sure, it's a decent option for my tastes it just lacks a bit bass impact and the highs could have been ever so slightly clearer for my tastes (I kinda expected it if I wasn't able to use my own amp).

The other issue is the mic, they have it badly configured, every setting in every app you use with it needs to be very specifically dialed in to get it working optimally as the mic gain seems somewhat low so also the positioning have to be pretty clsoe to your mouth at which it might pick up a bit additional unwanted noise.

Other use case was I had gladly used a wireless headset with low lag but problem here it only supports LDAC or AAC, not aptX. I've got a BT transmitter module with AptX-LL (low latency) support which works wonders with bluetooth headsets with support for that and there's no noticeable lipsync delay to speak of. But with Mobius it doesn't support aptX and there's no LDAC or AAC bluetooth transmitter out there so you cannot hook it up to your computer wirelessly and expect good results, there will be too much delay, only with android mobiles it works quite nicely with LDAC connectivity.

The surround/headtracking is decent but I think the headtracking is a bit overdone how drastically the volume pans from left to right making it only useable with games mostly. I had preferred an option to be able to disable head-tracking and keep the virtual room "surround" implementation active only as it enhances the soundstaging a great deal. Maybe that will come, maybe not in the future.

Soundwise ampless I prefer another bluetooth headset I picked up also recently which is Aiwa Arc-1 which also supports the low latency aptX-LL mode which has the lowest latency of all bluetooth formats so far and it works beautifully with my BT transmitter with nearly zero lag. It has really good resolution and the bass is nicely configured, it has ample amount subbass but it's done in such a way it's clearly separated from the rest. It's also among the most comfy headsets I've used and very practical and ergonomic low weight design. My only slight issue was that it was ever so slightly too bright sounding for my tastes but I fixed it easily by placing an acoustic foam piece in the cup held down by the pads and it totally fixed the sound balance for my tastes and I'd argue it might be THE best sounding sub-$200 bluetooth headset, it's that detailed and great sounding.
F