DICE seems to be following Bethesda's lead, as they've launched the Battlefield V for Origin Access Premier members a little earlier than planned. Earlier today, forum member spaceman noticed that the game seems to launch, while others are reporting general Origin weirdness. Twitch is filled with Battlefield V players using up their 10 hour trial period. However, EA's own website still lists the premiere launch date as November 9, there's no announcement in the BFV news feed, and the official Battlefield V Twitter account is acting like nothing is amiss. I'm staring at Battlefield's Origin page right now, and it says the game launches in about 23 hours. It is technically November 9 in some Asian countries, but regardless, if you have Origin Access Premiere, you can apparently jump into Battlefield V now.

And starting November 9 Origin Access subscribers will be able to invite their friends to join them on the battlefield for 10 full hours of combat. The Origin Access Friend Referral program** is a great way to let up to 4 of your buddies experience all the benefits of a Basic subscription, including the Battlefield V Play First Trial, and they won't have to spend a penny.
Last edited: Nov 8, 2018
G

The release on the 20th is for people who bought the game but didn't pay extra for the early release.
H

Lol @ pre-ordering a game from EA. Even more lol for pre-ordering after the adventure we all had with Battlefield 4. How many months did it take them to fix that game, again?

So; for all you guys that paid to play it early:

how bad does it suck?

I'll buy no EA game at full price Ever again; My only question is do I wait for the $20 price point, or wait until it reaches its actual value?

No one would be buying their crap if they hadn't bought, and shut down gamespy.
A

I'm still pissed off at them for killing the C&C series.
V 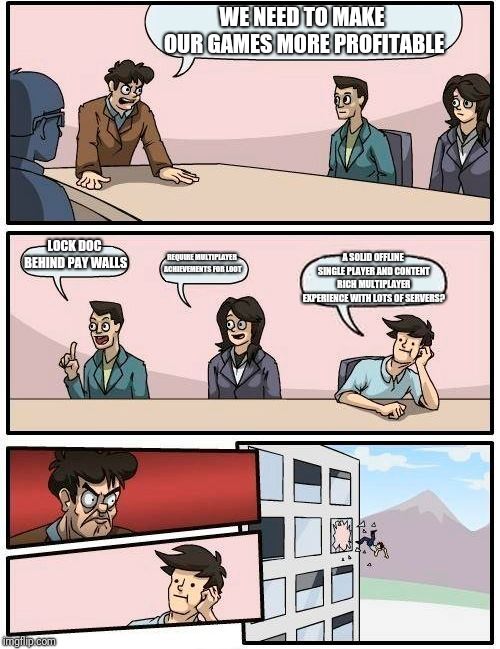 thats your opinion, but I had an absolute blast with BF1 on my PS4 right from launch day and already knew I was going to be buying BFV so why not, atleast now I get the few silly preorder bonus items? I know I know, its super popular to rip on anything EA related but there are good reasons for preorders at times and for me this is one of them. Personally I still pre-order form ebgames (CAD version of gamestop) because I can treat it like a payment system, bought mario + rabbids on my switch for $20, traded it in for $30. Had a spare $20 I had nothing special to use on so went there and threw it down. Game is already payed for and I didn't notice any of it lol.

Battlefield 1 launch was relatively pain free. The game was just incredibly dull - which mirrors my thoughts on the Battlefield 5 beta experience. I am sure I will eventually be coerced into picking it up by friends but hopefully it will be cheaper by that time.
L

looks buttery smooth on streams. graphics look great as well. amidst some of the AAA crap that's been pushed out lately this just might be a winner for a while. stoked to fire this up tonight! guess i'll see some of you on the battlefield

capt_cope said:
The release on the 20th is for people who bought the game but didn't pay extra for the early release.
Click to expand...

Pay more to get it early? Wow. They are really trying to get extra cash. Their money grabbing techniques suck. But, people pay it, so I guess it works...
S

I guess if you connect to a game server near your endpoint, it wouldn't be too bad.

Yawn... I'm done paying for the right to pay more to enjoy a game.

Must have not pre-ordered his paycheck.
G

Only for long enough to get Steam/Origin to decrypt the files; only need to do that once to start playing.

Advil said:
Argh. Battlefield as a subscription... I just... can't.
Click to expand...

Wait; You have to have a subscription to play the game?!

DrBorg said:
Wait; You have to have a subscription to play the game?!

No you don't need a subscription to play. People that do subscribe to EA's premium service do get early access to play though.